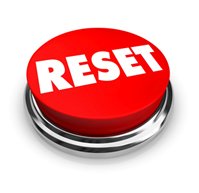 As the Great Reset proceeds from globalist think tanks and technology billionaires to allied media elites, governments, schools, and Woke corporations, what will be “reset” next?

Plans that might once have been dismissed as pure speculation or conspiracy theories are now being openly pushed by people who occupy the highest levels of power.

President Joe Biden’s economic policies were grafted directly from the “build back better” language of the Great Reset’s authors.

Biden’s agenda for the economy is now being spearheaded by Treasury Secretary Janet Yellen. The former Federal Reserve chair has taken a particular interest in stamping out cryptocurrencies and expanding the reach of the International Monetary Fund (IMF) – which could ultimately be the issuer of a new global digital currency.

Bitcoin’s recent surge to $1 trillion in market value (it has since pulled back some) irked central bankers and government officials.

While they have long complained that cryptocurrencies are, supposedly, a major vehicle for fraud and other illegal transactions, officials are now focusing their ire on crypto-mining’s energy usage.

Since the Great Reset prescribes a transition to a “sustainable” economy, anything tied to resource consumption is now subject to being attacked.

Yellen derided Bitcoin as “an extremely inefficient way to conduct transactions” because “the amount of energy consumed in processing those transactions is staggering.”

A report just released on Monday by Citi (“Bitcoin: At the Tipping Point”) makes the case that Bitcoin could become the currency of choice for international trade within seven years. That assumes governments won’t act in conjunction to ban or co-opt the technology to ensure they maintain “legal tender” monopolies.

In principle, Yellen and her global central planning cohorts support the digitization of money. In fact, they are enthusiastic about the prospects for replacing circulating paper cash with digital tokens.

They just want to make sure those digits are issued and controlled by governments and central banks.

Last Thursday, Yellen told the G20 the United States would back a new issuance of the IMF’s international reserve asset, known as a Special Drawing Right (SDR).

The move, which reverses the opposition of the Trump administration, will direct liquidity to poor countries struggling to recover from the coronavirus downturn on their own. 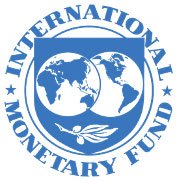 SDRs were last issued in 2009, in part to address liquidity concerns, in part to build a precedent for something bigger down the road.

In 2011, the IMF issued its first blueprint for replacing the U.S. dollar as the world’s reserve currency with a global SDR regime.

And in 2016, the IMF added the Chinese yuan to the SDR basket, elevating China’s Communist government to prominence on the world monetary stage.

Economist James G. Rickards predicts, “Over the next several years, we will see the issuance of SDRs to transnational organizations, such as the U.N. and World Bank, to be spent on climate change infrastructure and other elite pet projects outside the supervision of any democratically elected bodies. I call this the New Blueprint for Worldwide Inflation.”

Rickards views the Great Reset of the monetary system as being ultimately bullish for precious metals. The push to digitize and globalize the U.S. dollar will only accelerate the demise of its value and increase the need for investors to hold tangible safe havens.

If the Federal Reserve, perhaps in coordination with the IMF, attains the ability to inject stimulus directly into digital wallets, then Quantitative Easing could take a whole new meaning. Central bankers could bypass Congress and distribute their own aid as they see fit.

Treasury Secretary Yellen recently told the New York Times, “Too many Americans really don’t have access to easy payment systems and to banking accounts, and I think this is something that a digital dollar — a central bank digital currency — could help with. I think it could result in faster, safer and cheaper payments.”

A central bank digital currency might also result in the imposition of negative interest rates or the automatic deduction of taxes with no way for holders to escape… except by exiting the dollar-denominated financial system entirely.

Federal Reserve Chairman Jerome Powell told Congress last week that the Fed is indeed “looking carefully” at issuing a digital dollar, calling it “a high priority project for us.”

Anyone who is concerned about the prospect of being herded into a new digital currency regime should make it a high priority to own tangible money that exists outside the financial system.

No technology or government mandate can change the fact that gold and silver have universally recognized, inflation-resistant value.

Loading...
"Not by might, nor by power, but by my spirit, saith the Lord of hosts." Zechariah 4:6
BEFORE IT'S NEWS ON TELEGRAM
GET THE TELEGRAM APP - https://telegram.org/ JOIN OUR CHANNEL - https://t.me/BeforeitsNews
Read it..
BEFORE IT'S NEWS
SIGN UP FOR OUR NEWSLETTER
Today's Top Stories
Simon Parkes Today Exclusive Update (Video)
Clinton Military Tribunal: Day 5 Conviction!
Do Not Take CV19 Vaccine or PCR Test Until Watching This Alarming Video!
Charlie Ward With Scott Mckay 'Patriot Streetfighter' Reveal The Take Back Operation God Wins! - Must Video
New Monkey Werx: New Ops? Overwatch 4 16 21
The Executed: Clones, Doubles, Actors, Transvestites Hiding in Plain Sight, Holographic or CGI (video)
Epic! Gen Flynn: Trump is President! Speech Health & Freedom Conference 2021 Q: Digital Soldiers Rise Up! Fight Back!
Charlie Ward & Nicholas Veniamin Discuss Ivanka, Evergreen, White House & Prince Philip! - Great Video
Juan O Savin Unplugged! God Will Appear! - BardsFM Part 3 - Must Video
Mel K & Rob Really Seeing Signs Of The Precipice & The Global Alliance! - Must Video
Loading...
Featured
Dan Bongino Sounds Off Against Latest ‘Stupidity’ on Police & Guns
Do Mass Shootings Inspire More Mass Shootings? If So, What Can Be Done About That?
Gun Violence and Societal Problems
RIP MASS/MURDER?/40-YEAR-OLD TEACHER DIES 4 DAYS AFTER GETTING V*CCINE/47-YEAR-OLD LAWYER DIES ONE MONTH AFTER V*CCINE
Best & Taylor Intel Update (4/16/2021): "We're Coming Up to the End of Everything" — Head's Up Thru April 19th
LIVE: Chicago​ Minneapolis Brooklyn Center​ Protest and Riots Coming in HOT Across America April 16, 2021
Geopolitics, and the silencing of all conservative voices in the UK: Links 3, April 16, 2021
Trump update 4/16/2021.. Biden never wanted to withdraw, but Trump had left him no options
David Wilcock: Military Leaders Were Shown Kill Lists That They Were On + Trump Knows Too Much - Update 2021
X22Report: Deep State System Exposed to All! General Flynn: Michigan & Arizona Audits Tactically Important! - Must See Video
Top Global
Palestinian/Israeli update 4/16/2021..Explosions light up the sky as Israeli forces strike Gaza after rocket attack near city of Sderot
Media Blackout: Deaths In Europe Following Experimental COVID Injections Rise 68%, Injuries Nearly Double In Less Than A Month
Will the press cover this up?
Syria/Iraq update 4/16/2021..Lebanon-Syria smuggling and sanctions, the new front line
Project Camelot | Kerry Cassidy – SAVE THE CHILDREN: OUR RIGHT TO DEFEND SACRED GROUND
Blowing up Trump Peace: “Biden” Suspending Saudi Arms Sales
UKC News: The Pandemic Circus Goes Full-Tilt
David West Discusses Skull & Bones With Nicholas Veniamin
What Happens When the Government Becomes Your Worst Enemy- Under martial law, police and military forces have beaten hundreds or perhaps even thousands of innocent people
These Worldwide Events Are on the Rise! Why Now? 2021
Loading...
Top Alternative
America's Right To Bear Arms! How They Plan On Confiscating The Arms Based On Prior Communist Takeovers! Must See!
The Name Says It All: Gun Control Isn’t About Reducing Firearm Violence; It’s About Control
CNN Getting Sued by James O'keefe Who Is Already Taking The New York Times to Task! CNN Will Lose! - Video
Syria/Iraq update 4/16/2021..Lebanon-Syria smuggling and sanctions, the new front line
Project Zephyr Exposed - Tag, Track, ID And Extermination It's Happening Now! Wake Up People!! Must See Video!
Palestinian/Israeli update 4/16/2021..Explosions light up the sky as Israeli forces strike Gaza after rocket attack near city of Sderot
Rep. Jim Jordan Clashes With Dr. Fauci In Fiery House Hearing! “You’re Making This A Personal Thing”! - Must Video
The Power Elite Have Gone Completely Mad!
Millions of Jobs Not Coming Back, Inflation Skyrocketing, Economic House of Cards Ready to Collapse! - Must Video
Texas Power Crisis Continues: Prices Soar 10,000% as Grid Emergency Causes Power Supply Shortages! - Must See Video