In 2019, FIRE praised Cornell University for releasing a set of principles to guide the institution’s partnerships with universities and programs abroad, and we encouraged other institutions to follow Cornell’s lead. Cornell released the guidelines in the aftermath of its decision to suspend its partnership with Renmin University of China over its suppression of students’ rights.

Those guidelines — which warn faculty members to consider whether potential collaborations will cause free speech and academic freedom to be “limited or threatened” — now face a test.

The Cornell Daily Sun reported last week that a proposal to create a dual degree program between Cornell’s School of Hotel Administration and Peking University in China resulted in an “intense rebuff” at a meeting for the Faculty Senate, “which ultimately decided to postpone a sense of the Senate motion, which allows faculty to provide early feedback on University proposals.”

Professor Alex Susskind, the hotel school’s associate dean for academic affairs and presenter for the dual degree proposal, said: “Yes, there are issues and problems in that part of the world, but tourism and hospitality is one of the largest sectors in those economies . . . Because we dominate the hospitality industry education, we want to be a part of that.”

Regarding human rights concerns posed by China, Susskind added, “All of those other larger political cultural issues are, and I hate to say it, above my paygrade.”

Some members of the faculty were unconvinced, according to the Daily Sun’s reporting:

But for faculty at the meeting, compromising academic freedom for revenue and reach would no longer fly in the face of growing human rights abuses.

Prof. Neil Saccamano, literatures in English, said he found it difficult to reconcile that the program could protect its students and faculty while “the people teaching next door can get hauled away by the Chinese government.”

“This seems to me a very worrisome concerning ethical problem,” he continued. “I’m very concerned about the particular program with PKU, but also the more general issue of just saying genocide really isn’t in our portfolio.”

Prof. Richard Bensel, government, criticized the proposal as a money-making move that placed freedoms second in an email to the government department on Wednesday.

“Big pictures don’t go away because you ignore them or sweep them under the rug,” Bensel remarked at Wednesday’s meeting.

“These are not sort of amorphous political issues,” Liebowitz said.

For his part, Provost Michael Kotlikoff noted that Cornell has “programs in other countries in which human rights are in question” and encouraged “the Senate to take a more general and broader view and not hold individual programs hostage to individual concerns.” 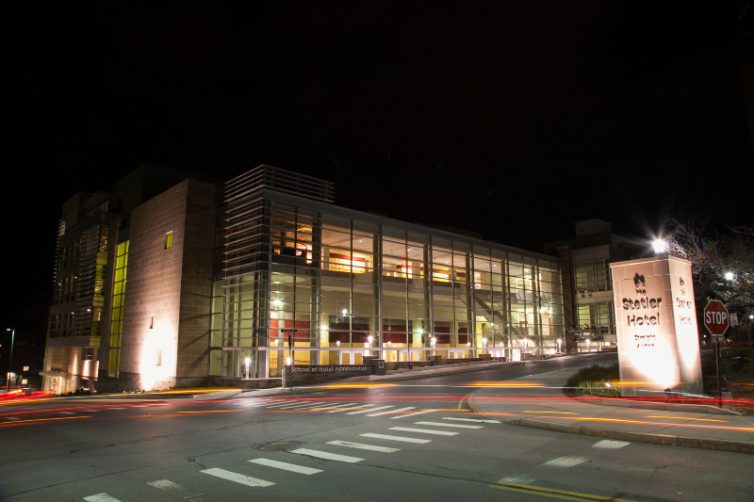 While Kotlikoff is right to advocate for a set of general principles on programs like the proposal in question — a point he made in the statement announcing the release of Cornell’s guidelines on international partnerships in 2019 — he is wrong to suggest that there is little value offered by faculty debate on the challenges raised by specific programs.

Unfortunately, China does propose unique challenges to free speech and academic freedom, given its increasingly large role in global higher education, its censorship and surveillance of speech, and its track record of rights violations. (However, China is not alone in appealing to universities looking for international partnerships despite having known issues with free expression. Both Northwestern University and Georgetown University, for example, have stumbled in protecting campus free expression at their campuses in Qatar, a country with severe speech restrictions.)

Before moving forward with such proposals, administrators and faculty should discuss whether they pose specific threats that the university may be incapable of sufficiently combatting. After all, students and faculty are most likely to bear the brunt of the consequences if the university is unable to protect basic freedoms in its dual programs.

While general principles to protect free speech and academic freedom in international partnerships are necessary, they can only be applied meaningfully if the parties involved understand the specifics of how those threats may materialize within the partnership.

FIRE will watch to see if Cornell moves forward with its proposal and, if so, whether it will incorporate protections into the program to ensure its suspension or cancellation if rights violations occur.