Important Immortality Progress Update!! “We used to grow old gradually, unnoticed by those around us. Now we will begin to rejuvenate, unnoticed by others. Little by little but daily, not shocking anyone.”

IITM summary:  It goes like this… galactic and solar blasts of energy, are essentially cleaning our bodies… (cleaning all of our energy fields, both physical and spiritual, depending on if we are open or closed at the mental, physical, spiritual and emotional and etheric levels), like an energy carwash.  As our bodies get cleaner, our DNA reconfigures eventually resulting in crystal DNA.  Basically, our DNA is going from carbon-based, to crystalline-based DNA.  There is a spiritual war to contaminate all human bodies, with harmful tech… however this harmful tech, while very dangerous, is no match for the energy of love.  Fear is the ultimate virus, and love is the ultimate power… where do you desire to align? Do you realize that people who live in contaminated energy fields, are not the ones that are going to be immortal… the immortal ones are the christed beings who align with all energies in the universe.

Our master teacher Sananda is proof of immortality… he’s leading us by example.  Make sense?

Now, as has been stated before, Homo Sapien is dying in this process, and Homo Christos is being born.

This Is How To Inherit The Earth~

We used to grow old gradually, unnoticed by those around us. Now we will begin to rejuvenate, unnoticed by others. Little by little but daily, not shocking anyone.

Listen to the words of world teacher, Sananda.

I am going to point out a few things that are most important to your living the life that points to your graduation to the Higher Realms.  It is up to you no one else whether or not you agree or disagree, for that is your choice.  Too many people are stuck with the 10 twisted Commandments of the Bible, which we of the Lighted Realms call “Satan’s Warbook”. https://www.indianinthemachine.com/2021/05/03/most-important-book-ever-written-says-world-teacher-includes-18-laws-of-god-and-creation-and-12-deadly-sins/

“ASCENSION IN THE PHYSICAL” – Indian in the machine 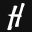 https://www.indianinthemachine.com/2016/09/27/great-pleiadian-mothercraft-holds-ceremony-to-honour-great-event-third-wave-of-ascension-doorway-of-immortality-opens-september-december-first-requirement-is-to-reblend-with-higher-self-only-inca/
There has been much speculation in recent years about how ascension in the physical body would happen. Now in September 2016 it IS happening. In order to ascend one must first re-blend with the greater part of one’s Soul, which is that part often called the “Higher Self.”

Masters of Immortality ~ You are an immortal being of light

thegoldenlightchannel.com/masters-of-immortality-dr-susan-shumsky/
Trust in that and place your life in the hands of that divine master of immortality. That inner guru will guide you home again to the place of perfect peace and eternal life—your true abode. You are blessed and beloved of God, and your immortal self is one with God.

THIS IS A PICTURE OF AN IMMORTAL BEING… SANANDA… READ ABOUT THE INCREDIBLE CONNECTION BETWEEN THE SHROUD OF TURIN AND SANANDA… SEE FOR YOURSELF!!

Shroud of Turin And Phoenix Journal #2 Text And Photo …

Yup… Indian solved a mystery that has been going on for a few thousand years… the shroud of turin is an imprint of Sananda. This rewrites the bible, human history, religions, and the cosmic history, present and future, of humanity and our master teacher, Sananda.  Sananda is our example… our photographic/physical proof, of an immortal being… he is leading us to heaven on earth, that starts within, and then echoes outwards for all eternity. 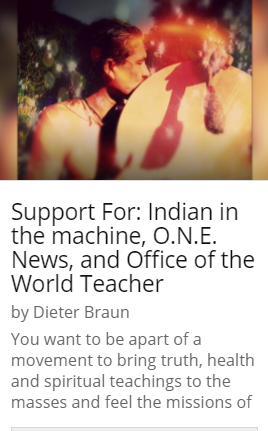 Loading...
Related Stories
The contributor has disabled comments for this story