The energy that heats your food in a microwave, the data sent to your smart phone and the music you listen to on a terrestrial radio – these are all forms of electromagnetic energy. 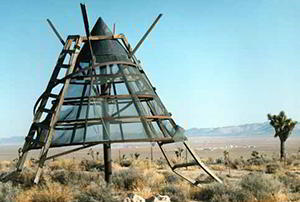 An EMP test tower in Nevada

What makes the EMP unique is that this electromagnetic energy is sent in large amounts over a very short period of time.

The EMP attack is portrayed as sending modern society back to medieval times. Whether this is true or not is subject to much debate. One often discussed topic is whether a typical vehicle could survive an EMP and if so, what vehicle would have the best chance of doing so.

Conventional wisdom is that the older the vehicle, the more likely it can survive an EMP strike. This may be true in theory, but may not always be true in practice. One reason for this is that modern vehicles have some shielding against unwanted electromagnetic energy interference. For example, car engineers understand that you wouldn’t want a TV, radio, walkie-talkie, Wi-Fi or other wireless signal to interfere with your vehicle’s onboard computers.

But there are many other variables that will determine if a given vehicle will survive an EMP attack and to what extent it would survive it. The only way to know for sure is to actually test the vehicle. But even with extensive testing, you wouldn’t necessary have a perfect list of EMP-proof vehicles.

Therefore, the following list provides a good starting point as to what vehicles stand the best chance of surviving an EMP strike in drivable condition and are also affordable for the average person. 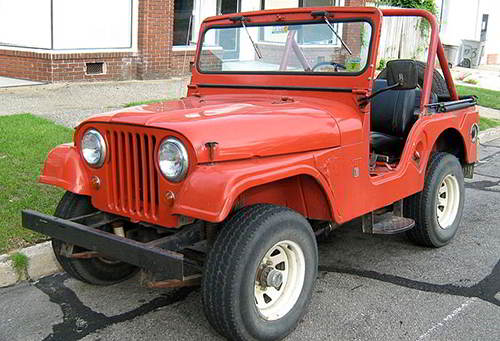 The Jeep (AMC) CJ5 is one of the most famous versions of the venerable “Willys Jeep.” Given its reliability and performance, it’s no wonder the CJ5 had one of the longest production runs of any Jeep. Starting in the 1980s, the CJ5 Jeeps were made with more advanced electronics, such as AM/FM radios and more complex electronic control units. Getting a CJ5 older than a 1979 model can’t hurt, but the prices tend to rise as the model years get older, so the affordability advantage is diminished.

Contributing to its EMP survivability is a naturally aspirated engine utilizing a carburetor. As one might expect, the CJ5s are typically found with manual transmissions, which are easier to repair, should the need arise.

The CJ5 also makes a fantastic off-road vehicle, which can be of great use in a survival situation. Lastly, the CJ5 doesn’t stand out too much (except to the most fanatic Jeep fans), so it’s unlikely to draw any unwanted attention.

Related: 10 Things to Have Ready before the Huge EMP !!! 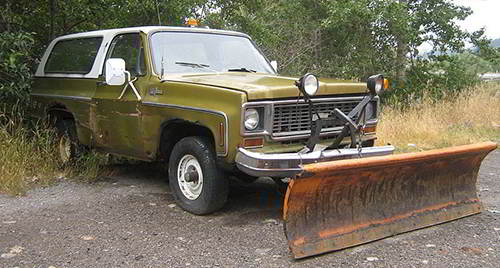 The Chevrolet Blazer is a popular classic vehicle and it’s easy to see why, given its traditional styling, history and off-road capability. Like other vehicles listed in this article, the 1984 Chevrolet Blazer’s engine uses a carburetor and natural aspiration, so there are fewer sensitive electronics controlling engine performance. The Blazer is also very popular for making additions and modifications, with many options available.

There are other models of the Blazer that would do well surviving an EMP, such as a model from the 1970s or early 1980s, but they are significantly more expensive, almost double the price on the used car market. 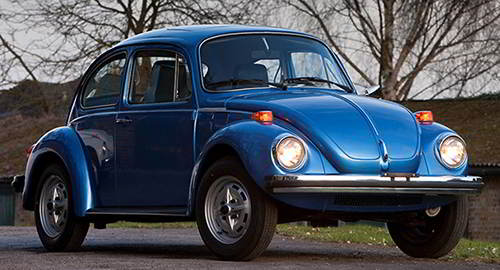 The Volkswagen Beetle is one of the most recognizable vehicles ever manufactured; in fact, it is the best-selling vehicle in history. It’s also another iconic vehicle that’s noted in pop culture (The Love Bug comes to mind).

Starting around 1975, the VW Beetles were made with the Bosch fuel injected engines, which added extra electronics to the vehicle. While this addition is not very advanced by today’s standards, it adds a weak link to the VW Beetle’s EMP resistance. Therefore, most VW Beetles from the early 1970s or older would serve as the most ideal versions for surviving an EMP strike.

If a truck or SUV isn’t your thing, the VW Beetle is definitely a vehicle you should look into getting.

The Ford Bronco was first released back in 1966 and was discontinued 20 years later in 1996. However, it’s a popular vehicle and has a bit of history, especially in pop culture (OJ Simpson’s infamous Ford Bronco is of the 1993 model year).

The 1983 Ford Bronco makes a great vehicle for surviving an EMP because it has a naturally aspirated carburetor engine. This means a simple air intake system is used and the air-fuel mixing doesn’t rely on electronic assistance.

But why is the 1983 model recommended in particular? Starting with the 1984 model Ford Broncos, electronic emissions equipment became standard. Besides creating another area of potential failure in an EMP strike, it also reduces the vehicle’s performance. Additionally, certain 1985 Ford Broncos have electronic fuel injection, which creates yet another potential weak point against an EMP.

Other Things to Consider

This article lists only a handful of vehicles that are likely to survive an EMP. Basically, any vehicle from the 1960s or earlier will probably survive an EMP event in drivable, if not perfect condition. However, they’re unlikely to be the most affordable or practical. Obviously, an even older vehicle, such as one that’s steam or animal-powered would have the absolute best chance of surviving the EMP, but they wouldn’t be practical to operate (for most people) and are quite expensive to purchase and maintain.

Even if you find a great vehicle for surviving an EMP, don’t forget other practical considerations, such as parts availability, ease of maintenance and repair, performance, inconspicuousness and fuel availability (gasoline versus diesel).