These are the opening words to a series of writings in a book I wrote, The Terraist Letters. I wrote the phrase conceptualizing not a physical infection, but allegorizing a mental degradation. We are wholly afflicted by a series of heavyweights infecting us and our perspective with inability to rise or move forward, some times with more frequency than others. The 2020 plague has allowed realizations of the symbiotic nature of consciousness, individual health, and the health of the collective like no other time period encapsulation.

I was going to title this article the S#!!head spectrum and relay what is a timeless experience of all modern day juveniles from one perspective or another, but I try not to curse except when times call for it. When I was in school there were certain kids that dragged the group down, that limited class production and perspective. The kids that were overtly dragging class productivity down enabled others, like me admittedly at the time, to be lazy and though I was not the worst, the worst enabled me to get away with not trying my best. The S#!!head spectrum measures the collective in which there are some who are overtly negative enabling those who have fear of growth or lack motivation to grow, and desire to be in a stasis that is unproductive. They can perpetuate this because among the shitheads they relatively harmless and not worth mention. The S#!!heads drag down collectives in this manner.

As time went on I realized limiting the idea to the shithead spectrum was possibly not the best way to obtain attention or change minds! However, it is still worth mention and after hundreds of thousands of dead, in part due to S#!!headedness, I find it important to mention.

In the year 1500 an apocalyptic level of fear swept across Europe and many places, but especially Catholic Europe and Spain. It was after all a millennium and a half after the first coming of Jesus and therefore the belief in the likelihood of his second coming to bring about trials and tribulations in the form of Biblical judgement of all everyone increased to psyche afflicting and infecting level. The Spaniard subconscious was permeated by apocalyptic fears of judgement and end times pertaining to their lack of moral development and their lack of fulfilling monotheistic mandates.

While no second coming transpired, and no Biblical judgement was set upon Spain itself, Spain and Spaniards set it upon the world, and most specifically the Spaniards became everything they might have been afraid of and worse to the people of The Americas who were most viciously slaughtered during The Inquisition. The Catholic Spaniards were afraid of some monotheist construct that took spiritual lessons and made it into a mockery of humanity resulting in Conquistador Syndrome.

I ask for all of Spain to forgive me for the label because all of humanity is susceptible to this hypocritical approach, but The Inquisition was perhaps the most notable. Today we see The Conquistador Syndrome manifest in The Trumpery of The USA. While the same monotheistic monothematic fears play out within their apocalyptic conclusions the same Conquistador Syndrome affronts the rest of us in class. In fact, the fear brings about what they fear only they attempt to perpetuate it on the perceived outsiders.

Fear of the results of not facing our moral and mortal flaws, fear of the results of not facing our lacking development both individually and collectively results in conquistador motivations. So that instead of doing the inner work, instead of investigating the esoteric and the spiritual we take on the outer work of some inquisition, some crusade, some jihad. The Inner inquisition, crusade and jihad is what spirituality would require us to seek rather than some outer war upon others in attempts to control on behalf of God, what God controls already.

The plague revealed in a short time period all the same repugnant consciousness of The Conquistador Syndrome as has many historical events.

Denying reality of masks being simply a tool and putting forth the idea that religious take over was occurring spread virus.

Denying reality of virus spread virus out of a fear to express growth during a global situation, a pandemic. Denying reality of virus out of fear to express care because they are a conquistador. Survival of the fittest, belittling the death of a certain percentage of people and touting the will of god is all Conquistador Syndrome born out of fear and monotheistic mockery of intelligence.

The belief that The Democrats or some obscure socialists or whatever are trying to bring an apocalyptic end to America causes existential dread and leads to Conquistador Syndrome so eloquently displayed at The U.S. Capital. My government already has identification number, my phone number, my address, knows exactly how much I have and my comings and goings in my country and outside of it. My movement is tracked by corporations generally and sometimes specifically. Other corporations advertise to me when they overhear my conversations or infer my interests from my online pursuits.

My government jails the most people in the world. My government has fought a drug war serving institutions and beating down generations, not only controlling them. My government went to war several times in order to maintain the flow of corporate interests of such companies as seemingly innocent as Pepsi and as obviously nefarious as GE and Exxon Oil.

Please stop looking for psychic hints or glimmers from god when the obtuse answer is right in front of your face.

Operation Downplay obscures the reality of the virus and reinforces low levels of the S#!!head spectrum. 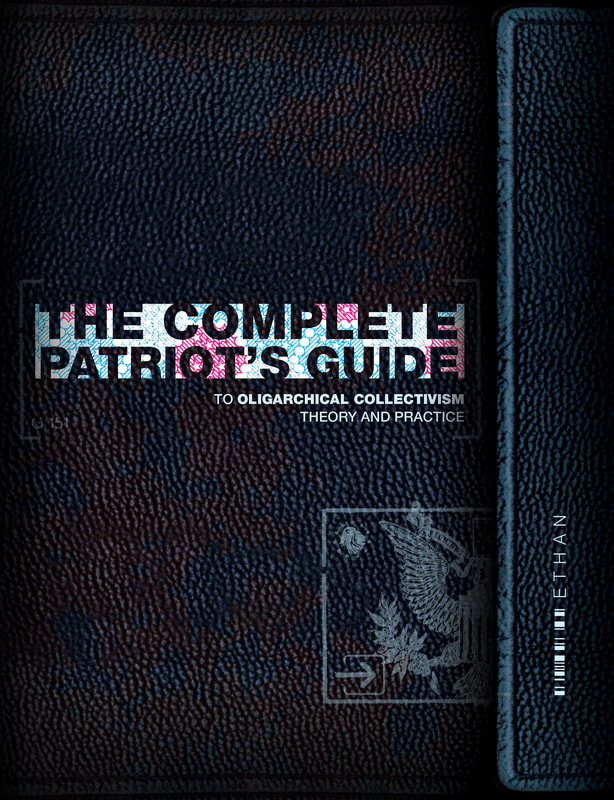