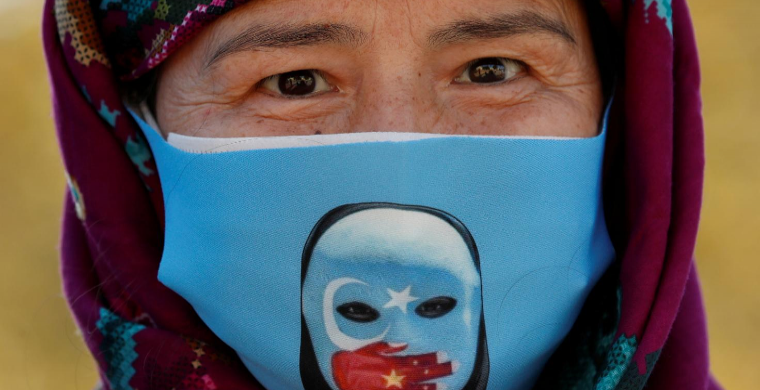 The camps are in Xinjiang province in western China, the home of 20 million Uyghur and Kazakh Muslims until “vocational training” camps were built in recent years. Now China says only 12.2 million Muslims are living in the province. Where did the other 7.8 million go?

Earlier this year Sayragul Sauytbay, a Kazakh physician, released The Chief Witness: Escape from China’s Modern-Day Concentration Camps, her story of imprisonment in one of the camps and her escape in 2019. In addition, exiled Uyghurs released the China Cables in 2017, exposing secret Chinese government instructions for running the camps.

The details are shocking. Sauytbay says every Xinjiang (or “New Frontier,” Chairman Mao’s imposed name for the region) extended family has had some of its members seized violently. Some disappear and are never heard from again. She claims that one in ten Muslims have disappeared without being charged or given a trial.

Beijing describes its treatment of the Uyghurs as the reeducation of terrorists, but the alleged crimes really come down to being non-Chinese and Muslim. According to Sauytbay, Beijing teaches its Chinese citizens that Turkic peoples are an inferior race.

Once inside the camps, these Uyghurs and Kazakhs are subjected to systematic torture, brainwashing, humiliation, and extermination. Sauytbay attests that some of the young and strong who entered the camp were never seen again. Either their organs were harvested for international sale, or they were used for slave labor in factories making goods for Western corporations. She tells us that within sight of Western factories, “children, women, men, boys, and the elderly are penned in like animals and tortured in unspeakable ways.”

Sauytbay tells of an 84-year-old grandmother from the countryside who had her fingernails torn out for reasons never explained, a 70-year-old man who was detained for seven years because he didn’t want his beard shaved off. A 20-year-old woman was gang-raped in front of 100 people. When some cried out in protest, they were taken to the “Black Room,” where screams from torture were heard by all. The torturers laughed and boasted of their impunity.

The daily routine included teaching on the glories of the Chinese Communist Party and prolonged hours of forced confession. Only those who renounced belief in God and confessed their crimes of doubting the superiority of China were freed from torture. In these re-education sessions, prisoners are forced to sit in uncomfortable positions on little stools for hours. If they drop their head, they are dragged off for torture.

Prisoners are given regular injections that a nurse told Sauytbay are “poisonous.” She also discovered that Muslims are deliberately infected with tuberculosis and hepatitis.

Because she was an experienced physician and teacher, Sauytbay was given access to classified files. There she learned that this is all part of China’s “Three Step Plan.” Step 1 was to assimilate the willing in Xinjiang and eliminate the unwilling. Step 2 is to annex China’s neighboring countries, while Step 3 is to occupy Europe. The United States and Japan are China’s “most dangerous” enemies.

China works hard to protect these horrific secrets. Since escaping to Sweden, Sauytbay continues to receive regular death threats and warnings to remember her children. The woman who released the China Cables found a message on her Facebook wall: “Stop or they’ll find your body cut up into little pieces in the black bin outside your house.” They leave a more frightening message on her phone: “Think of your children.”

What can Christians do? We can reexamine our buying habits from companies named by Sauytbay for using slave labor: Bosch, Adidas, Microsoft, and Lacoste. We can pray privately and ask our churches to pray out loud on Sundays, imploring God to expose this massive evil. And we can ask our political leaders to disclose this new Nazi Germany through public attention and diplomatic confrontation.

Sayragul Sauytbay has alerted the West to the danger of our silence: This is how you will live, she warns, if you don’t defend freedom.

Gerald McDermott is retired from the Anglican Chair of Divinity at Beeson Divinity School. The author, co-author, or editor of 23 books, he has written extensively on Jonathan Edwards, world religions, and the meaning of Israel. His most recent books are Race and Covenant and Understanding the Jewish Roots of Christianity. He and his wife Jean have three grown sons and twelve grandchildren.

Many Christians wonder what they would have done if they had lived in earlier periods of moral horror. Would they have spoken out against slavery in America’s antebellum period? Would they have denounced what Germany was doing to Jews in the 1930s?

The time for speculation is over. Today, there is a similar horror that demands a response. China has set up what might be the most extensive system of concentration camps in history. Evidence of the camps and their purpose is abundant. Authorities cite evidence for the existence of 1,200 camps above ground, holding 3 million prisoners.