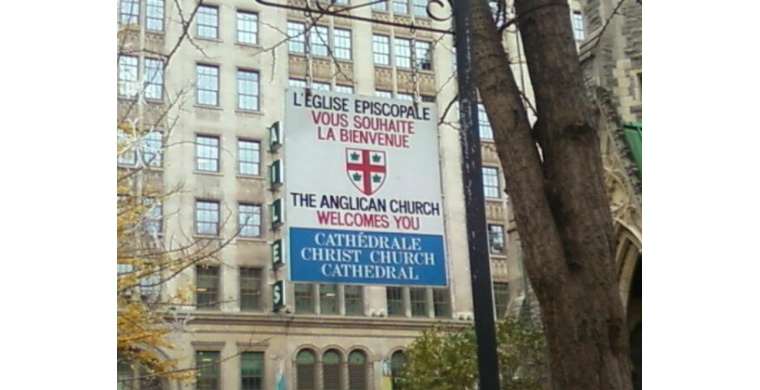 The report includes the first comprehensive set of official statistics since the early 2000s. Data confirms anecdotal stories from across much of the Canadian church that Anglican Christianity is vanishing there. In 1962 (the height of Anglican participation) the ACoC reported more than 1.3 million members, out of a total Canadian population of approximately 18 million, seven percent of Canadians affiliated with the Anglican Church. By 2017, Canada’s population had risen to more than 35 million (+94%) but only 357,123 members were counted on the rolls of the Anglican Church there, 1 percent of the population.

A tip of the hat to David Jenkins of the Anglican Samizdat blog: Jenkins first broke news of the report prior to its official release. Since that time, the Christian Post, Religion News Service, Virtue Online and even Episcopal News Service have posted about the numerical decline in the Canadian Anglican church.

New attendance figures are striking: in 2017, the Anglican Church of Canada had an average Sunday attendance of 97,421. For context, the Anglican Church in North America (which partly overlaps geographically with the ACoC) reported an average Sunday attendance of 93,489 this past year. The ACNA through its Anglican Network in Canada (ANiC) diocese and The Reformed Episcopal Church’s Canadian convocations now has congregations in every Canadian province with the exception of Prince Edward Island.

Obviously this comes with a major caveat: the ACNA also has congregations in the United States and Mexico, which the ACoC does not. In order to offer an “apples to apples” comparison, we can add the Average Sunday Attendance of the ACoC to the same for the Episcopal Church in 2017 (553,927) for a total attendance of 651,348 between the two neighboring churches. The ACNA’s 93,489 figure is about 15 percent the size of the combined ACoC and TEC attendance figure, but a consistent trajectory is visible: the two liberal Anglican provinces are consistently declining, while the ACNA has for its first 10 years reported consistent growth.

As Jenkins wrote, the Anglican Church of Canada is declining faster than any other Province within the worldwide Anglican Communion other than TEC, which has an even greater rate of decline.

The Anglican Church of Canada (ACoC), counterpart to the U.S.-based Episcopal Church, will cease to exist by the year 2040 according to numbers recently reported by the denomination. Even more dramatically, the Anglican Church in North America (ACNA) is on the verge of overtaking the ACoC in attendance.

“There is no sign of any stabilisation in our numbers; if anything the decline is increasing,” noted the Rev. Dr. Neil Elliot in a statistical report presented to the Canadian House of Bishops. “Some had hoped that our decline had bottomed out, or that programs had been effective in reversing the trends. This is now demonstrably not the case.”