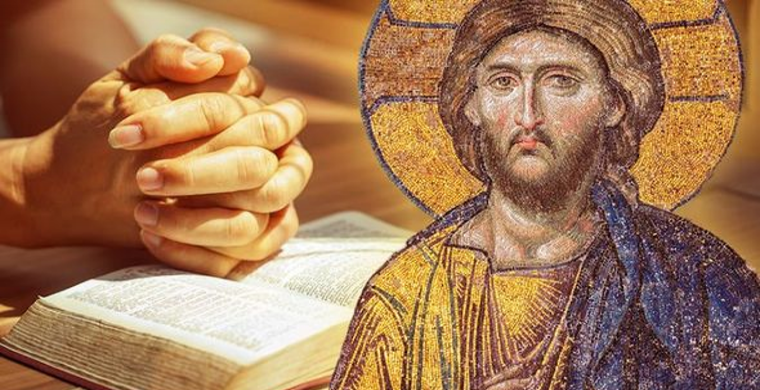 Years ago, we were driving in the family station wagon along the Merritt Parkway in
southern Connecticut. First constructed in 1938, the limited-access road crosses Fairfield
County and has many scenic views. As clergy families sometimes do, we were having a
lively discussion about the Second Coming of Jesus! As we came over one of the parkway’s
many inclines, the setting sun reflected across the clouds, producing a dramatic golden
sunset. Taking full advantage of the moment, I announced, “This could be it! This could be
the Second Coming!” Immediately, 11-year-old Catherine, sitting in the back of the car,
spoke up and with obvious sincerity said, “Forgive me, everybody!” We quickly assured her
that we did forgive her, and that remains one of my favorite teaching moments about the
Second Coming.

The Second Coming has inspired all sorts of fanciful enthusiasts — and has done so from the
very beginning. One of the more famous was William Miller (Feb. 15, 1782 — Dec. 20, 1849),
a Baptist preacher from upstate New York. After 14 years of intense Bible study, he became
convinced that Christ would return in 1843. He then announced April 3rd as the day, and
some disciples went to mountaintops hoping for a head start to heaven. Others went to
graveyards, planning to ascend with their departed loved ones. Philadelphia society ladies
clustered together outside town to avoid entering God’s Kingdom amid the common herd!

When April 4th dawned, as usual, the Millerites were disillusioned, but not for long. They
remembered that their leader had predicted a range of dates for Christ’s return. They still
had until March 21st, 1844. The devout continued to make ready, but again they were
disappointed. A third date — October 22nd, 1844 — was set, but it also passed into history, as
did the “Millerites,” but there have been thousands of others who have followed in their
footsteps.

When we were living in Louisiana, it was fairly common to have a traveling evangelist come
to town who would regale his audience with terrifying stories of the Second Coming,
including detailed accounts of the “Rapture” (2 Thess. 2:1-10) and other millennial
predictions. Some would even exhibit photographs of the four living beings as described in
John’s vision (Rev. 4:6-8) and other equally terrifying images. They always seemed able to
gather a large, gullible crowd, but then they moved on to the next town.

In more recent times I have been fascinated and saddened by the number of Christian
leaders who have somehow convinced themselves that the Second Coming of Jesus is
somehow linked to the rise or fall of a particular presidential administration. It is
breathtaking considering that they imagine Almighty God would want to schedule his
intervention into human history because of one or another occupant in the White House!
So what are we to do? We could what most people do and write the whole thing off as
ludicrous, fearful speculation of a pre-scientific era, just one more indication that
Christianity can’t be taken too seriously. Yet every Sunday, every time we say the Nicene
Creed, we declare that, “He will come again in glory to judge the living and the dead, and his
kingdom will have no end.” So what do we believe?

As disciples of Jesus, we don’t have the option of simply ignoring this central tenet of our
faith. Jesus not only believed that He would return but taught the disciples about it on
several occasions, including the conversation recorded in Matthew 25, where he warns
them to be prepared.

A few years ago, I visited Lagos, the largest city in Nigeria, with a population of more than
15 million. I was there for the annual Missionary Bishops Conference of the Church of
Nigeria. It was held at the Archbishop Vining Memorial Church Cathedral in Lagos West. I
can still remember our first visit to that church a couple of years earlier. Angela and I had
been invited to attend a mid-week prayer meeting, and we thought we would be joining a
handful of people praying quietly, but when we arrived, we found the church full of people
praying very noisily. Approximately 800 men and women were present, and they were
praying up a storm!

The amazing church campus is in the middle of a congested commercial district, and they
have had to build up rather than out to accommodate all of their various ministry needs -
including a four-story, air-conditioned conference center! The Bishop of Lagos West told
me that they are now looking into purchasing a neighborhood hospital because so many
medical needs are going unmet. What a mission! And then on a huge banner I saw their
vision statement, which read: “To be the leading diocese in the Church of Nigeria in
preparing this Nation for the Second Coming of Jesus Christ.” Now that’s a vision!

They really believe that Jesus is coming back to this earth in power and majesty, and they
want to get everyone ready. It is not an abstract theory for them but a practical motivating
reality. They know that the Day of the Lord will come and that it will be a day of
accountability. They want to be ready, so that they can present to him the most glorious
church that they can possibly be.

I was profoundly challenged by their vision, their faith, and their commitment to the Gospel
… and I still am!

So what are we to believe? And equally important, what are we to do?
1. Jesus is coming back!
2. We can’t possibly know when.
3. We need to be ready at all times!

Your brother in Christ,

On the Second Coming

A letter to the clergy of the Anglican Diocese of Pittsburgh.

Then will appear in heaven the sign of the Son of Man, and then all the tribes of the
earth will mourn, and they will see the Son of Man coming on the clouds of heaven with
power and great glory. And he will send out his angels with a loud trumpet call, and
they will gather his elect from the four winds, from one end of heaven to the other.
(Matthew 24:30-31)