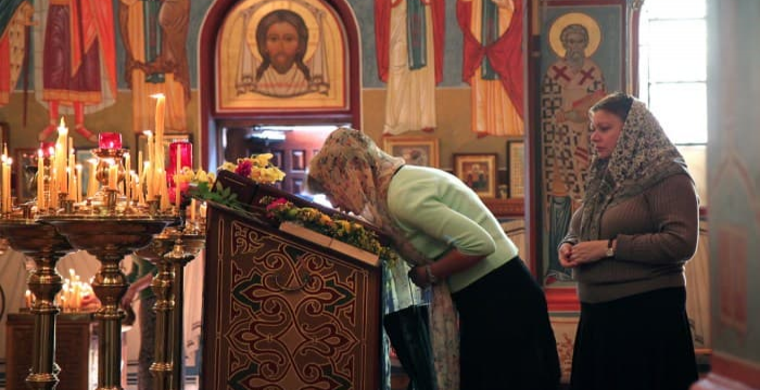 “The icon or statue is said to participate in a greater reality, but the kingdom of God is not something out there, but right here, right now. Our worship needs to reinforce that reality.”

We do not go to worship to participate in a reality greater than the one we already live in, having been adopted as God’s children by His grace. “Don’t you know that you yourselves are God’s temple and that God’s Spirit dwells in your midst?” (1 Cor. 3:16)

“It is said that the icon or the statue points to, through, and beyond itself, such that what it signifies is very nearly what it is. Likewise, with liturgy. Anamnesis, the literal re-membering of the atonement, is said to signify the atonement so closely that it participates in the very atonement itself. Through worship (it is said) one can even “enter into” the paschal mystery.”

This is the language of pagan philosophy, not biblical commandment. “You shall not make for yourself an image in the form of anything in heaven above or on the earth beneath or in the waters below” (Ex. 20:4).

It is true that worship in the Jerusalem temple used images of the Cherubim, but these were not replacements for the Cherubim, nor was it said that they participated in some postulated greater cherubic essence or reality. No. Instead, Hebrews tells us they were “copies of heavenly things” and that their purification only foreshadowed the purifying work of the Christ, a work now finished (Heb. 9:23-27, 10:12).

The Evangelical Fellowship in the Anglican Communion (EFAC-USA) a ministry that fosters fellowship among evangelicals in the Anglican and Episcopal churches, says that icon worship is the language of pagan philosophy, not biblical commandment.

The evangelical ministry recognizes the ultimate authority of Scripture in matters of faith and practice and says worship can never replace reality. “It can foreshadow or represent it, but it is not itself the reality it represents.”

The EFAC commentary argues that because Roman and Eastern churches blur this approach to worship, it may result in a too sharp a divide between the spiritual and the material.