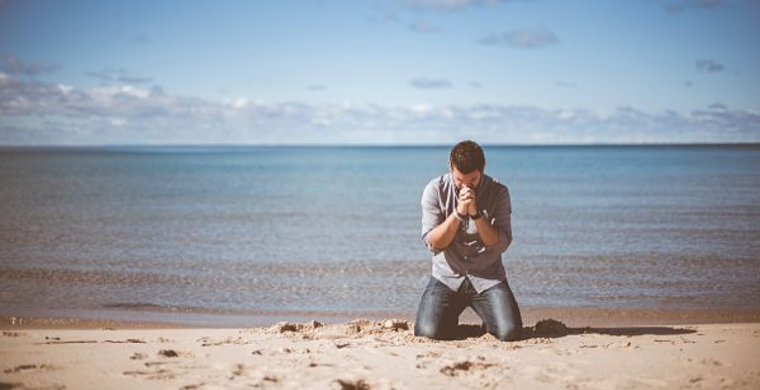 Today, in 2022, in many American metro areas, only about ten percent attend church and many people do not seem to have any religious sensibilities. Yes, especially GenXers and Millennials will say they are “spiritual but not religious,” but they don’t engage in any regular spiritual practices unless perhaps “mindfulness” or yoga. As in Europe decades ago, churches in large American cities are closing or struggling to stay open. “Revival meetings” are almost unheard of. And this is not just since the Covid pandemic began. Secularity was stirring in America big-time beginning several decades ago. Now, at least in the densely populated metropolitan areas, it seems to have pushed traditional religion, including Christianity, out of the way.

What happened? I have a theory.

Some time ago, I can’t say exactly when, most Americans simply lost any sense of being sinful, of needing forgiveness. Most don’t think they are bad. Of course, they will admit to having faults, but basically they think they are “good people” and so are most others. They don’t respond to talk of their “need of a savior.” They don’t even know what that means and, if it is explained to them, they shake their heads in disagreement

At the root of traditional Christianity, at least Western Christianity, is the belief that all people mature enough to act willfully and accountably are sinners who need salvation to escape divine punishment. Preachers preached that even outdoors and crowds gathered to hear and believe and repent. Revivalists stalked the land–Tennant, Whitefield, Finney, Moody, Sunday, McPherson, Graham and numerous lesser known ones. They all preached basically the same message: Repent and believe; trust in Jesus Christ as your Savior and Lord; turn from your wicked ways and throw yourself on God’s mercy.

I often wonder if something changed inside American Christianity in its two key movements of mid-century: the charismatic movement and the Jesus People Movement. Both made a profound impact on American Christianity–trans-denominationally. I was part of both movements. Even then I noticed that both movements said very little about repentance, about sin, or about the desperate state of humanity apart from God’s mercy through Jesus Christ. Both subtly but noticeably turned salvation into a form of self-realization through feelings. For charismatics it was ecstatic spiritual feelings and for Jesus People it was “getting high on Jesus.” Both movements reveled in self-transcendence through Holy Spirit-induced emotional experiences. Neither one carried forward the traditional message of every person being in a sinful state, needing repentance and forgiveness, or the holy wrath of God against sin. Both emphasized conversion, but the conversion they offered and experienced was from despair, loneliness, boredom and ennui into ecstasy or from drug-induced “highs” into “getting high on Jesus.”

The result was a gutting of traditional evangelical Christianity with its emphasis on human depravity, guilt and shame, divine wrath against sin and the human individual’s desperate need of deep sorrow, repentance and self-denial in order to be forgiven and restored to a right relationship with God that leads to joy and peace in this life and heaven in the next.

The paradigm change I’m remembering was basically a humanistic turn with emphasis not on human depravity and guilt but on ecstatic experiences that overcame despair.

Might there be something about Christianity that depends on people’s sense of guilt, of estrangement and alienation from God, of needing a savior that brings more than a “high” or enlightenment? Might it be that human-centered “Christianity” is ephemeral and bound to wither away?

I heard Billy Graham preach in person twice–once in 1964 and again in 1998. (I may be off a year or two in one or both cases.) The first sermon I heard was all about sin and repentance and salvation. It was hard-hitting, calling for acknowledgement of sinfulness and sorrow and turning away from sin to God. It pulled no punches. People responded. The second sermon was more about what Jesus can do for you; he can give you fulfillment and peace and joy. But missing was the strong note of conviction and call for repentance. I doubt that even Graham knew something had changed.

Today, so it seems to me, for a variety of reasons including the above, most Americans do not seem to think they need a savior other than someone to bring them enlightenment and a sense of calm in the midst of a hectic world. To a great extent, I fear, we evangelical Christians have accommodated to this sea change in which most Americans do not think they need a savior in any traditional Christian sense of that word.

Here I have only described the problem and offered some partial explanation for it; I have not attempted to prescribe a solution. But whatever that solution may be, if it is to be faithful to the gospel and to traditional Christianity, it must include a resounding message about human brokenness, sinfulness, alienation from God and need of a Savior such as Jesus Christ on the cross. We must awaken people’s sleeping sense of that need. Otherwise, I fear, Christianity itself will die out. Something called “Christianity” may replace it and that may already be happening.

Why Traditional Religion Is Dwindling in America

I have often wondered why church attendance in America is decreasing and why so many Americans seem not to feel any need of traditional Christianity. Throughout much of the twentieth century the majority of Americans were “God-fearing, Bible-believing, church-attending” Christians even if they didn’t live out true Christianity in their everyday lives. But a large segment of Americans seemed to believe they needed salvation and they turned out to hear evangelists like Billy Graham. And many of them “walked the aisle” to repent of their sins and ask God for forgiveness.

This was a very popular ethos that fueled the engine of American Christianity–the felt need of a savior. The gospel offered them divine forgiveness for their sins and hope of heaven after death. Millions upon millions flocked to revivals and attended evangelical churches. I witnessed this myself as a child and youth–packed revival services and full churches.