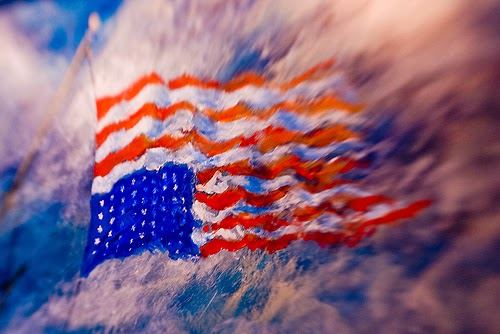 In 1945 the United States emerged from a world war with the only intact industrial economy in the world.  The British, European, Soviet, and Japanese economies were in ruins.  China and the rest of Asia, Africa, and South America had undeveloped economies, later renamed third world economies.  Additionally, the US held most of the world’s gold reserves.  President Franklin D. Roosevelt had used WW II to destroy Britain’s control of international trade and the British pound as the world reserve currency.  The US forced breakup of the British system of trade preferences and the coerced Bretton Woods Agreement gave those roles to the United States.

Four years of war production gave the US a large, disciplined, and skilled work force, and war time consumer shortages provided enormous pent-up consumer demand to drive the postwar economy’s growth. Jobs were plentiful, and US real income rose strongly in the 1950s and into the 1960s.

But then things started to go wrong.  President Johnson’s program of “guns and butter” ( the Vietnam War and “Great Society” welfare spending) resulted in a proliferation of US dollars that eventually forced President Nixon to close the gold window and terminate the right of foreign central banks to redeem their holdings of US dollars for gold.  Additionally, the Keynesian demand management macroeconomic policy began breaking down.  High marginal income tax rates resulted in weaker supply increases to increases in aggregate demand.  Expansionary monetary policy pushed up consumer demand, but high tax rates curtailed supply response, culminating in the “stagflation” of President Carter’s administration.

President Reagan’s supply-side economic policy cured stagflation and the worsening “Phillips curve” trade-off between inflation and unemployment, and real economic growth resumed throughout the 1980s and into the Clinton years, an administration that piggy-backed on Reagan’s success.

But in the last decade of the 20th century things turned for the worse.  The success of Reagan’s and Margaret Thatcher’s economic policies created excessive confidence in unregulated free market economies.  In the US the Glass-Steagall Act, which separated commercial from investment banking and had served the country well since 1933 was repealed. Federal Reserve Chairman Alan Greenspan and the Clinton Treasury claimed that “markets are self-regulating.”  The repeal set in motion the 2008 financial crisis that launched the largest and longest money printing activity in the US in history.  The Federal Reserve’s balance sheet increased by $8.2 trillion as the Fed printed money with which to buy up the troubled investments of the large banks in order to keep the banks solvent.  The massive increase in the money supply went mainly into the prices of stocks, bonds, and real estate, thus dramatically worsening the income and wealth distribution in the US and creating the One Percent.  Years of pumping up financial asset and real estate values with money creation has left the Federal Reserve today in a precarious position now that Covid lockdowns and economic sanctions against Russia have broken supply chains and caused shortages that are raising prices. The Fed is trying to overcome supply problems by nonsensically raising interest rates, which threatens the financial wealth created by years of Quantitative Easing.  Simultaneously, the sanctions policy is driving countries away from the dollar which will eventually reduce its value, thereby forcing the Fed to chose between the stock market and the dollar.

Soviet collapse in 1991 compared to American success was an even worse development.  It convinced China and India that capitalist markets, not socialist planning, was the way to economic success.  Both countries with their large under-utilized labor forces opened themselves to foreign investment.  This sped the era of “globalism” or jobs offshoring.  American manufacturing corporations, under pressure from Wall Street of takeovers if they did not increase their profits by moving their manufacturing operations abroad where labor was cheeper, abandoned their work forces and their communities and began making abroad the products they marketed in the US.  This separated Americans’ incomes from the production of the goods and services that they consumed and dismantled the ladders of upward mobility in the US that had been erected by a vibrant manufacturing economy.

American economists with grants from Wall St and the offshoring corporations produced “studies” allegedly showing that it was good for America to lose its high productivity, high value-added jobs and for American communities to lose their tax base.  Manufacturing jobs were denigrated as “dirty fingernail jobs,” and the work force was promised better, higher paying, high-tech jobs. These studies and promises comprise the worse kind of junk economics.

In 2006 Michael Porter, a Harvard professor, used a press conference to hype the benefits of globalism, that is, the offshoring of American jobs. His report for the Council on Competitiveness showed falsely that Americans were benefitting from giving their jobs to Asians and Mexicans. He did this by stressing US economic performance over a 20-year period.  As jobs offshoring was relatively new, the 20 year period went all the way back to the Reagan 1980s.  Thus Porter used the strong performance of the Reagan years to soften the economic deterioration from globalism.

I could go on at length presenting the fake claims used to block opposition to America’s loss of its pre-eminent manufacturing status.  Today 16 years after Porter’s promise of better jobs, former well-paid US manufacturing workers have lowly paid retail jobs at Walmart and Home Depot. Their health insurance and pension benefits disappeared with their manufacturing jobs. The fact of the matter is that today American economists are either engaged in writing propaganda for their benefactors or they are playing games in their professional journals modeling scenarios that do not exist in the real world.

Another disastrous consequence of the repeal of Glass-Steagall is the acceleration it gave to the financialization of the economy that had been creeping up on us for decades.  A financialized economy is one in which the financial sector has succeeded in getting most consumer income committed to paying interest and fees on debt–mortgage payments, car payments, credit card payments, student loans–leaving little to drive economic growth with expenditures on new goods and services.  Many people live on their credit card, paying only the minimum payment as the balance grows with compound interest.

According to a Federal Reserve study of a few years ago, 40% of US households cannot raise $400 in cash without selling personal assets such as TVs, cell phones, clothes, or pawning tools.

The full extent of the over-indebted US economy, and here I do not include the government debt, can be understood by going back to 1945 where this essay began.

Additionally, American home ownership has declined from 70% to 63% as the result of President Obama’s policy of bailing out the financial fraudsters responsible for the 2008 crash, while foreclosing on their victims.

Once upon a time long ago the Democrat Party was honest.  The party tried to protect the American South from invasion for its refusal to finance at the South’s expense the cost of Northern industrialization.  As the North saw it, it was the South’s responsibility to pay the tariff that would protect Northern industry from Britain’s better made and less costly products.

Until 1965 the Democrats continued to try to protect the working class.  But in 1965 the Democrats betrayed Americans on two fronts.  They passed an immigration bill that has flooded America with third world immigrants who are alien to our culture and whose numbers suppress wages.  Simultaneously, the Democrats passed a Civil Rights Act that itself did not permit preference to “preferred minorities,” but was used for that purpose by Alfred W. Blumrosen, compliance chief of the EEOC.  Blumrosen reasoned that he could stand the Civil Rights Act on its head and require the prohibited racial quotas, because the federal courts traditionally since the 1930s “deferred to the regulatory authority.”

Racial preferences for “preferred minorities” have developed into the aristocratic rights of an otherwise bygone era.  Today in the Western World “preferred” peoples such as blacks and sexual perverts have special protections that do not extend to white heterosexual persons.  A white person who objects to verbal or physical aggression by a black is declared a racist.  A white woman who accuses a black of rape is in danger of being arrested for a hate crime in the Scandinavian countries and Germany.  In what was once upon a time Great Britain, a white British citizen has been arrested by white British police for reposting a meme that shows disapproval of the ever growing collection of sexual perverts.  https://reclaimthenet.org/uk-police-lgbt-flag-arrest-social-media/

Today in the Western World the situation is this.  The ethnic composition of the Western countries is under fierce attack by the liberal-left elements of their own ethnicity. The rights of the ethnic base of the population are ceasing to exist in the areas of free speech and due process of law.  People are fired for using gender pronouns.  Scientists are terminated for challenging a fake explanation. People are coerced into accepting violations of the Nuremberg Laws.  Wherever a person turns for information, the media lies.

This is a hopeless situation for the Western World.  As awareness spreads slowly but gradually among the ethnic populations of the West that their governments are against them, the ethnic majorities begin to realize that they are targeted for dispossession.  Some of the French have realized this, and also farmers in Holland and Italy.  Once the ethnic composition of a country realizes that the government does not represent them but represents their enemies, a revolutionary situation develops.  All that can possibly save Western Civilization is revolution across the entire front.  The entirety of governments and the vested interests they represent must be overthrown.  Otherwise we face institutionalized tyranny and economies run for the benefit of the One Percent.