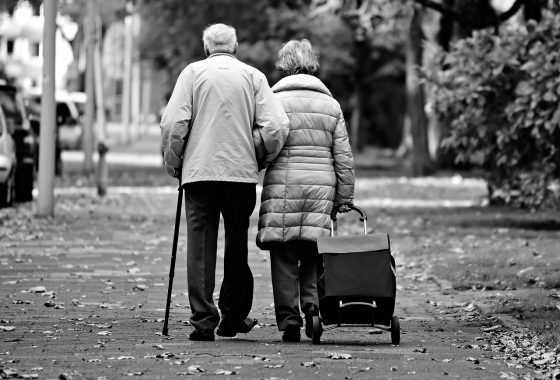 Those that prey on elderly people just because they are easy targets should be deeply ashamed of themselves.  Unfortunately, we live at a time when violent criminals are roaming the streets of our major cities in packs, and many of them seem to have no sense of honor at all.  Women are being attacked, children are being attacked, and those that are advanced in age are often specifically targeted.  Reading that may make your blood boil, but they don’t care what you think.  Many of these criminals don’t have respect for anyone or anything, and a lot of them have hearts that are as cold as ice.

Let me give you an example of what I am talking about.  A 68-year-old man in Brooklyn was beaten to a pulp and had his skull stomped on just because his much younger attacker wanted to rob him…

A Brooklyn man has been seen pummeling a 68-year-old victim and stomping on his skull, before going through his pocket as he lay unconscious on the street in a shocking daylight, as the New York City crime wave continues.

In a disturbing video released by the New York Police Department, shows a black man wearing a hoodie and a blue disposable face mask launching the vicious attack at 9am on Saturday morning in the East New York neighborhood.

Even more disgusting is when a group of criminals decides to gang up and physically attack an elderly victim.  Last week, a 61-year-old woman in Harlem was violently assaulted by one man and three women…

The incident occurred at about 8:18 p.m. local time on Tuesday in Harlem at the corner of 8th Avenue and West 151st Street, police said. The altercation began with a verbal disagreement that police said the group started with the 61-year-old woman as she was standing at the corner. The incident quickly escalated and became physical.

The group, composed of three women and one man, began kicking and punching the victim, who was tackled to the sidewalk by one of the attackers. The individual who fell to the ground with the victim, a woman seen in the video wearing a yellow T-shirt and light blue pants, continued striking her as the others beat her while standing.

When I was growing up, it was very rare for women to commit violent crimes.

But since then something has dramatically changed in our society, because now we often see gangs of crazed young women commit violent crimes collectively.

And sometimes the packs of violent criminals are so large that they can’t be accurately counted.  On Friday, a 44-year-old off-duty New York City firefighter was viciously attacked by “at least 100 kids”…

The 44-year-old victim said he was strolling with his 3-year-old Labradoodle Dylan in Juniper Valley Park in Middle Village at around 9:55 p.m. Friday when he was suddenly targeted by the mob.

“There were at least 100 kids … I was walking my dog. They just picked me out and approached me,” the still-shaken victim, who asked to remain anonymous, told The Post Saturday afternoon.

Thankfully an ambulance was nearby, because otherwise he may not have survived that encounter…

The victim continued: “They didn’t care at all. The kids were going crazy. They were as high as a kite. I got hit, turned around, that’s when the kids started coming at me …. Then I was on the floor, holding one kid and an ambulance pulled up. They were waiting by the park … If they weren’t there I would have been in much worse condition.”

This is what our country has become.

Large packs of violent criminals are just randomly assaulting people in the streets.

The police are supposed to protect us, but way too often they are getting attacked too…

Aurora police said the officer was struck repeatedly in the head and body during the June 21 attack before he was strangled by a female passenger to the point where the officer lost the “ability to breathe.”

Following an investigation into the incident, the three suspects, Jennifer Taylor, 24, of Chicago; Sheba Taylor, 26, of Aurora; and Paul Sherrod, 28, of Aurora, were indicted by a grand jury last week and charged with attempted first-degree murder, aggravated battery, and aggravated assault, police said.

The numbers that are coming in from all over the nation are simply appalling.

In Philadelphia, the murder rate is up 35 percent so far this year, and at this point Philly has “the highest murder rate in the country per capita of the country’s 10 largest cities”…

As of Thursday, the number of homicide victims in Philadelphia this year is up to at least 314 people. That’s up 35% from this time last year.

Philadelphia now has the highest murder rate in the country per capita of the country’s 10 largest cities.

It was going to take a special effort to top Chicago, but Philly has done it.

Of course violence is surging everywhere.  According to Zero Hedge, the number of mass shootings in this country so far this year is up by a total of 21 percent…

To date, the number of mass shootings in the U.S. is 21% higher than the same period in 2020 (Jan.1 – July 20), which is 30% higher than the previous high, according to nonprofit research group Gun Violence Archive (GVA).

GVA’s data so far shows the U.S. has recorded 375 mass shootings in 41 different states (and Washington D.C.) in the first 200 days of 2021. Putting that in perspective, the country had 310 by this date last year.

Most mass shootings barely make a blip in the news before the next one comes along.

We are now known around the globe for the blood that runs in our streets, and our leaders seem powerless to do anything about it.

Of course our problems extend well beyond violent criminals.  As Business Insider recently noted, it seems like a significant portion of the general population is in a constant state of anger these days…

Have you noticed this too?

This is one of the reasons why I just like to stay up in the mountains most of the time.

According to a psychiatrist from Harvard Medical School, the pressure that has been building up in our society is causing a lot of people to finally crack…

All of this behavior is the result of a year and a half of fear and anxiety, according to Luana Marques, an associate professor of psychiatry at Harvard Medical School.

“We’ve been skating thin ice in the past year, and if the weight [becomes] too much, the ice cracks. I think that’s what we’re seeing,” she said.

If things are this bad already, what is our society going to look like when economic conditions become extremely harsh for an extended period of time?

For a couple of months after Biden was inaugurated, most Americans were feeling pretty good about the future, but now that is changing in a major way.

In fact, ABC News discovered that the percentage of Americans that are feeling pessimistic about the direction of the country rose by nearly 20 points since their last poll…

A majority — 55% — of the public say they are pessimistic about the direction of the country, a marked change from the roughly one-third (36%) that said the same in an ABC News/Ipsos poll published May 2. In the early May survey, Americans were more optimistic than pessimistic by a 28-percentage point margin. Optimism is now under water by 10 points. Looking ahead to the next 12 months, fewer than half — 45% — now report feeling optimistic about the way things are going, a significant drop from about two-thirds (64%) in the May poll.

Of course the truth is that Americans should be feeling pessimistic, because things are only going to go downhill from here.

So if you think that the violence in our major cities is bad now, just wait, because much worse is coming.

About the Author: My name is Michael Snyder and my brand new book entitled “7 Year Apocalypse” is now available on Amazon.com.  In addition to my new book I have written five others that are available on Amazon.com including  “Lost Prophecies Of The Future Of America”, “The Beginning Of The End”, “Get Prepared Now”, and “Living A Life That Really Matters”. (#CommissionsEarned)  By purchasing the books you help to support the work that my wife and I are doing, and by giving it to others you help to multiply the impact that we are having on people all over the globe.  I have published thousands of articles on The Economic Collapse Blog, End Of The American Dream and The Most Important News, and the articles that I publish on those sites are republished on dozens of other prominent websites all over the globe.  I always freely and happily allow others to republish my articles on their own websites, but I also ask that they include this “About the Author” section with each article.  The material contained in this article is for general information purposes only, and readers should consult licensed professionals before making any legal, business, financial or health decisions.  I encourage you to follow me on social media on Facebook and Twitter, and any way that you can share these articles with others is a great help.  During these very challenging times, people will need hope more than ever before, and it is our goal to share the gospel of Jesus Christ with as many people as we possibly can.

The post Elderly Americans Are Increasingly Being Targeted As Violent Crime Soars To Crazy Levels In Major U.S. Cities first appeared on The Economic Collapse.