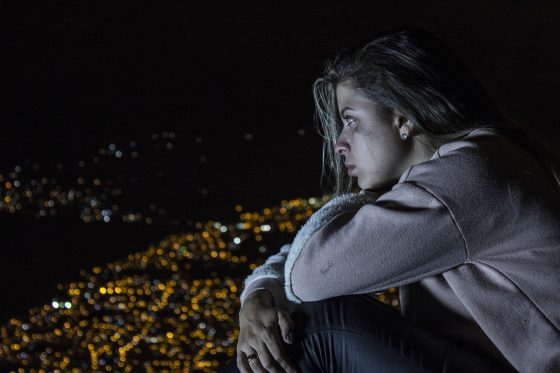 It is the beginning of August, and a day of reckoning has finally arrived for renters all over the nation.  Since last September, a moratorium that was issued by the Centers for Disease Control and Prevention has been protecting millions of renters that have been unable or unwilling to make their monthly rent payments. But now that moratorium is officially over, and all of that back rent is due.  For some renters, that will mean that nearly a full year of rent will need to be paid.  The millions of Americans that cannot or will not pay what is owed can now be legally evicted.  This is a major national disaster that has been building up for many months, and now it is finally here.

Welcome to the biggest eviction horror show in American history.

It is going to be a doozy.

Some are still desperately hoping that members of Congress will do something once they return from their August vacations.  At this point, that does not appear likely.

So for now, there doesn’t appear to be any hope of averting the largest eviction tsunami that any of us have ever seen.

Of course it was inevitable that this day was going to come sooner or later.  After all, what else could we do?  Did anyone out there actually think that it would be possible to tell landlords that they could never collect rent ever again?

If we did that, there wouldn’t be any more landlords.

So many landlords out there are really hurting financially right now.  In fact, some of them have not been able to collect rent from certain tenants since the eviction moratorium was first put into place last September…

Due to widespread job loss and the health risks of the Covid-19 pandemic, many renters in the US faced difficulty making their rent payments every month when the pandemic began in early 2020, and the federal government stepped in to prevent people from getting evicted in the midst of it. As part of this response, the Centers for Disease Control and Prevention instituted a moratorium in September 2020 that prevented landlords from evicting their tenants regardless of whether they could pay their monthly rent in full or at all.

Now the wait is over, and landlords have nearly a year’s worth of eviction notices to file.

During the early part of this week, landlords are going to be racing to take advantage of the opportunity that they suddenly have.  There is still a possibility that Congress could decide to do something in a few weeks, and so landlords will want to evict people as quickly as they can.

And we are talking about a massive number of people.  According to to USA Today, this eviction moratorium “was the only tool keeping millions of tenants in their homes”…

A federal freeze on most evictions enacted last year expired Saturday after President Joe Biden’s administration extended the original date by a month. The moratorium, put in place by the U.S. Centers for Disease Control and Prevention in September, was the only tool keeping millions of tenants in their homes. Many of them lost jobs during the coronavirus pandemic and had fallen months behind on their rent.

In this particular case, “millions” is not an exaggeration at all.

Others have come up with similar numbers.

On his website, Mike Shedlock shared numbers that he pulled from official U.S government data…

This is a tragedy of unimaginable proportions.

And the fact that the deadline was pushed back several times just made the scale of the tragedy even larger.

In addition, we need to remember that enhanced federal unemployment benefits are ending in the majority of states in September.

A whole lot of people will soon be hit by a “double whammy”.  Their federal benefits are ending at the same time they are suddenly faced with a bill for all of their unpaid rent.

So what is this country going to look like when millions of impoverished Americans are suddenly thrown out into the streets?

Personally, I think that the stage has been set for civil unrest and riots.

Sadly, this is what can happen when we give people free rent for almost a year and then suddenly take it away.

Our system is simply not designed to handle a sudden disruption of this magnitude.  Public and private organizations will attempt to help those that are suffering, but they will be overwhelmed very rapidly.

Already, more than half a million Americans are homeless on any given night.

What will the number be after this unprecedented wave of evictions is over?

We are moving into deeply troubled times, and this wave of evictions has the potential to be a huge destabilizing force in our society.

Congress spent trillions and trillions of dollars to lift people out of poverty, but it didn’t work.

Day after day, our corporate media outlets will be filled with tragic stories about the people that are getting evicted, and we will be told how evil the landlords are for throwing them out.

But if landlords are not allowed to make money, there won’t be any rental properties at all.

Unless we just have the government own all of the rental properties, and that is called communism.

Ladies and gentlemen, August is going to be a real turning point, and the end of this moratorium is going to unleash a lot of chaos.

Unfortunately, I am expecting a whole lot more trouble to erupt as we steamroll toward the end of this calendar year.

About the Author: My name is Michael Snyder and my brand new book entitled “7 Year Apocalypse” is now available on Amazon.com.  In addition to my new book I have written five others that are available on Amazon.com including  “Lost Prophecies Of The Future Of America”, “The Beginning Of The End”, “Get Prepared Now”, and “Living A Life That Really Matters”. (#CommissionsEarned)  By purchasing the books you help to support the work that my wife and I are doing, and by giving it to others you help to multiply the impact that we are having on people all over the globe.  I have published thousands of articles on The Economic Collapse Blog, End Of The American Dream and The Most Important News, and the articles that I publish on those sites are republished on dozens of other prominent websites all over the globe.  I always freely and happily allow others to republish my articles on their own websites, but I also ask that they include this “About the Author” section with each article.  The material contained in this article is for general information purposes only, and readers should consult licensed professionals before making any legal, business, financial or health decisions.  I encourage you to follow me on social media on Facebook and Twitter, and any way that you can share these articles with others is a great help.  During these very challenging times, people will need hope more than ever before, and it is our goal to share the gospel of Jesus Christ with as many people as we possibly can.

The post August Will Be A Real Turning Point – Welcome To The Biggest Eviction Horror Show In U.S. History first appeared on The Economic Collapse.