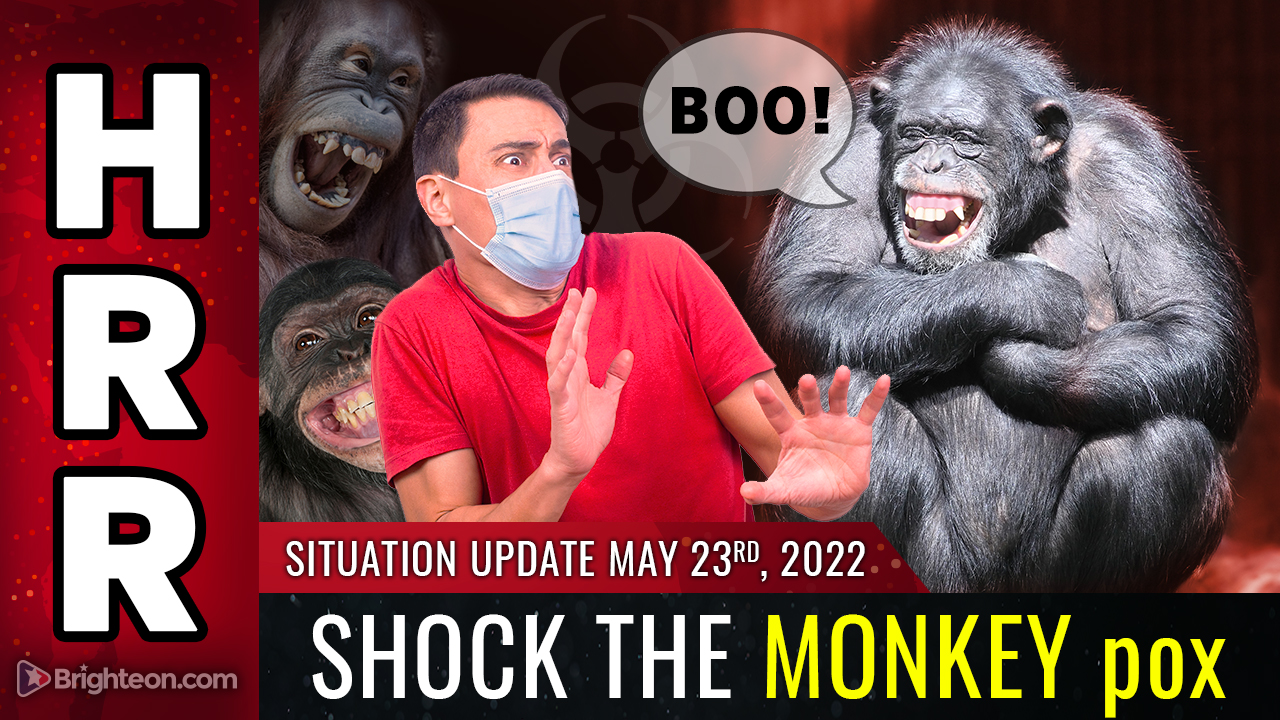 Monkeypox, a very mild contagious disease that deserves no panic whatsoever, is reportedly spreading across the world among attendees of a gay pride gathering of 80,000 people in Gran Canaria.

As The Sun (UK) reports, “The Canaria Pride festival, held in the town of Maspalomas between May 5 and 15, has become a hotspot for the monkeypox outbreak, reports El País.”

It turns out that engaging in gay sex activities with thousands of strangers spreads disease. (Who knew?) Even the WHO now says monkeypox is spreading mainly through sexual contact among gay men.

“Many known patients are gay men who were tested after going to STI clinics, the WHO said. Health chiefs warned gay and bisexual men to be on the lookout for new unexplained rashes,” adds The Sun. “Cases have now been detected in Israel, Norway, Australia, Portugal, Spain, Belgium, Germany, France, Netherlands, Sweden, Switzerland, the United States and Canada.”

But monkeypox presents virtually zero risk to the world. The media hysteria surrounding the topic is just the latest effort to try to spread fear and panic in order to push — you guessed it — the inevitable monkeypox vaccine that will be forced onto everyone if they can conjure up enough panic.

Anyone dumb enough to fall for this latest “outbreak” hysteria is dumber than a monkey, of course. Among primates on planet Earth, human beings are the only species dumb enough to poison their food supply with pesticides, mass murder their own offspring with widespread abortions, and inject themselves with genetically altering experimental “vaccines” that cause infertility and death. Even rats aren’t stupid enough to engage in those practices… it takes an obedient human progressive to be that stupid.

Only 10 weeks of wheat supply left in the world

As Insider.com reports, a food expert named Sara Menker, testifying before the United Nations, warned that there are only 10 weeks of wheat supply remaining in the world. Importantly, she also recognizes that it’s not merely “Putin’s fault.” From that story:

Sara Menker, the CEO of agriculture analytics firm Gro Intelligence, told the UN Security Council that the Russia-Ukraine war was not the cause of a food security crisis but “simply added fuel to a fire that was long burning.”

“It is important to note that the lowest grain inventory levels the world has ever seen are now occurring while access to fertilizers is highly constrained,” she said. “And drought in wheat growing regions around the world is the most extreme it’s been in over 20 years. Similar inventory concerns also apply to corn and other grains.”

So what happens after the “wheat wars” hit a critical point of collapse? Food riots, of course. Upheaval, civil unrest and revolution around the world. Lack of affordable food will push every nation across the world toward the boiling point. Some of those nations will see violent revolts. Others will see their governments fall (as is happening right now in Sri Lanka).

Understand that the oblivious masses still have no clue the food supply is collapsing. They think that grocery stores in November and December will be fully stocked. Oblivious Europeans think heating energy will be widely available, too. (They are wrong.) The expectations of supply currently held by the oblivious masses are catastrophically inaccurate and subject to radical, painful corrections as reality kicks in.

The situation isn’t going to be pretty.

Listen to more details on all this — including my “Shock the Monkey Pox” song intro — in today’s Situation Update podcast::