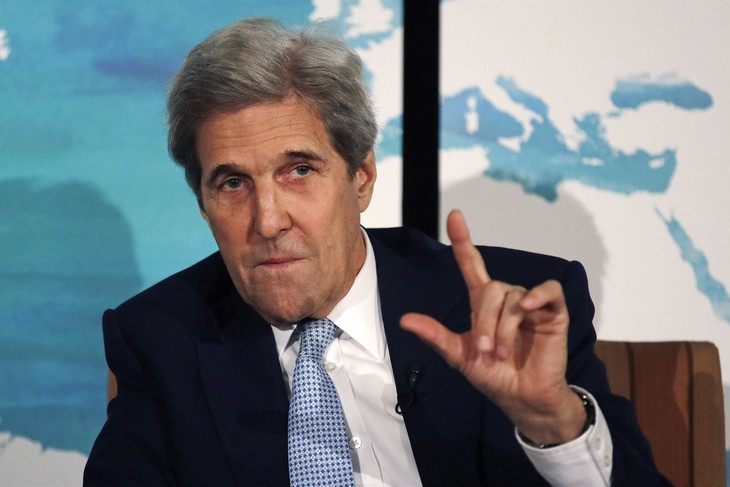 According to a new report from The Washington Times, multiple members of the Obama administration met with Iran in the attempt to undermine the Trump Administration including Kerry; Robert Malley, Obama’s Middle East adviser; and Obama Energy Secretary Ernest Moniz. Instead of being prosecuted or charged, they are now rewarded for working against the policy of the United States. Kerry is now a climate adviser for Biden and Malley is a special envoy on Iran policy at the State Department.

If ever anyone should have been looked into for a Logan violation, it was folks formerly in the Obama administration who were negotiating with Iran to try to preserve the Iran Deal in direct contravention of President Donald Trump’s foreign policy endeavors.

They even had such nerve about it after they were busted on it, John Kerry admitted it, basically saying, yeah I was meeting with them, he claimed he had the right to, as a former Secretary of State.

But seriously whether you call it the Logan Act or look at other potential offenses, this is most definitely wrong and a big deal to be undermining our position with an avowed enemy of the United States, who chants regularly “Death to America!”