Drip drip drip. Slowly more information is coming to light about the potential for a lab leak

‘I remember it very well’: Dr. Fauci describes a secret 2020 meeting to talk about COVID origins 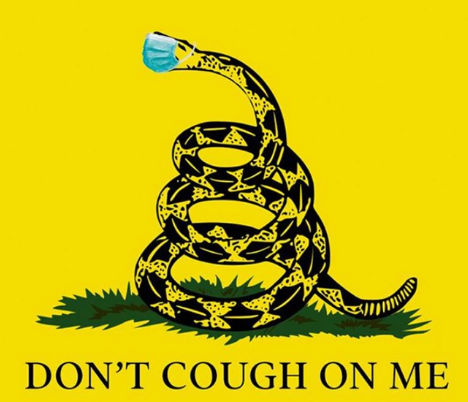 In the early days of the growing coronavirus outbreak that would soon become a pandemic, an elite group of international scientists gathered on a conference call to discuss a shocking possibility: The virus looked like it might have been engineered in a laboratory.

“I remember it very well,” Dr. Anthony Fauci, the top infectious disease expert at the National Institutes of Health, said in an interview with me on Wednesday. “We decided on the call the situation really needed to be looked into carefully.”

The teleconference on Feb. 1, 2020, appears to have played a pivotal role in shaping the early views of several key scientists whose published papers and public statements contributed to the shutting down of legitimate discussion about whether a laboratory in Wuhan, China, might have ignited the COVID-19 pandemic.

As a reporter who has spent a decade revealing hundreds of serious safety breaches at U.S. biological research labs, it has always seemed obvious to investigate whether the Wuhan Institute of Virology, a major coronavirus research center, possibly played a role given that the initial outbreak happened in the same city.

Yet for more than a year, those who publicly raised such questions were too often deemed a crackpot conspiracy theorist or a simpleton who just didn’t understand science.

It has only been in recent weeks that a growing list of high-profile scientists, intelligence officials and politicians – including President Joe Biden  – have publicly acknowledged the plausibility of a lab accident and pushed for rigorous investigation.

Perhaps that’s because the early concerns among key scientists – like the conference call on Feb. 1, 2020 – were kept private until now. That call likely would have remained secret if not for documents released under the Freedom of Information Act.

It’s very simple why this acknowledgement is occurring: the first is because the Credentialed Media and Democrats too a kneejerk opposition to Trump and so many Republicans speculating that the most obvious possibility was that COVID19 came from a lab, either accidentally or on purpose, rather than someone eating a bat or something and it spreading like gossip.

The other big reason is due to the World Health Organization and so many others trying to protect China, especially since Trump and many were referring to it as the Wuhan Flu, China Flu, etc.

The group of scientists invited to the call had agreed in advance that the information they discussed would be kept in total confidence and not shared until they had agreed on next steps, emails at the time show. They were among thousands of pages of Fauci’s emails on a wide range of topics that BuzzFeed News posted online recently after obtaining them through the federal Freedom of Information Act lawsuit.

A day before the teleconference, Kristian Andersen, an expert in infectious disease genomics at the prestigious Scripps Research Translational Institute in California, had told Fauci first by phone and again later by email that the genetic structure of the virus looked like it might have been engineered in a lab.

And they wanted to keep this rather important information secret, so, good on BuzzFeed for a change

“The unusual features of the virus make up a really small part of the genome (<0.1%) so one has to look really closely at all the sequences to see that some of the features (potentially) look engineered,” Andersen said in an email to Fauci on Jan. 31, 2020. Andersen added that he and University of Sydney virologist and evolutionary biologist Edward Holmes, plus a handful of other top scientists with whom Fauci was on a first-name basis, “all find the genome inconsistent with expectations from evolutionary theory.”

Surprise? Anyway, it is a long article, worth reading the rest.