It is no longer possible to trust anyone.

(Apologies to English teachers everywhere, but “Whom do you Trust” would have sounded weird for the title of a TV show.)

Where have I been?

Several months ago I twigged to the horror of what is really going on, not only in this country, but the entire world.  I was left speechless.  Frankly, I am still almost completely speechless, and really have nothing left to say on any of the craziness going on.

Those who have emailed me and not received a response (you know who you are), I apologize. It became impossible for me to respond in less than a couple of thousand words, so I remained quiet.

I have been eschewing most news, social media, and spending a lot of time researching and just plain thinking. It’s amazing how your thinking clears up when you shut off the noise of the talking heads – most of whom are bought and paid for, and spreading lies.

All the major “conservative” radio, TV peeps, and the leading “conservative” lights in the political world are now pushing the death shot. And just about all the online “conservatives” are also pushing the jab.  What the hell is going on?  Why are the very people we used to trust turning on us?  Are they being threatened? Probably.

Is all this wuflu hysteria an effort to divert our attention from the inflation, supply line disruptions, and looming shortages? 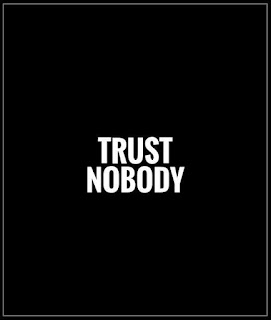 Do not turn away from the very real possibility of the un-jabbed being restricted from participating in society.  If you think this is hyperbole, take a good look at what’s going on in Europe right now.

And – trust me on this, the jabbed who used to be the scolds about mask wearing, will line up to load the box cars with the selfish, crazy, dangerous un-jabbed.

I haven’t included any links on purpose.  I’m not here to spoon feed information to the masses. I don’t make money off this little corner of the internet, and think it best for you all to do your own research. Why? Because you can no longer trust anyone, and that includes me.

Toldya, I wasn’t to be trusted.  Here’s a link to an excellent article I can almost guarantee you have not read.

The Coming Vaccine Mandates in America and How to Fight Them by J.D. Rucker

The general messaging coming out of DC, mainstream media, academia, Big Tech, and an uncomfortable number of private businesses across the country is that a disease with a 99.97% recovery rate for otherwise healthy people under 50-years-old must influence every action we take in our lives. It has devastated the economy, prompted dramatic spikes in suicides and drug overdoses, closed down businesses, curtailed the education of millions of children, and changed the collective psyche of the nation. But you knew all of this. Now, let me tell you something you may not know. read the rest and ponder the message – and then do your own research.

As Team Biden continues to dismantle America — corrupting her schools, politics and military — the nation is left to wonder: Just who are the real haters in America today?

A new song by Aaron Lewis has rocketed to the Number One spot on the Billboard chart after debuting within the top 15 of the Hot 100 on July 2, 2021.

Why does this matter? Because Lewis is being panned by the Left for “pandering to the radical right” in America.  You see, in Joe Biden’s America  it’s “controversial” and “radical” to oppose the burning of our flag, to be sick of simpering snowflakes like Bruce Springsteen, and to teach our children to honor the fallen who laid down their lives for their homeland.

Most Americans are okay with flag burning?  I very much doubt that! So we made this video to test the theory.  In it, we lay old photographs of my father in World War II (20 years before he founded The Remnant) over the powerful lyrics, reminding our viewers to spread the word: Don’t let the globalists trash what is left of the land of our birth, the land our fathers defended, our mothers civilized, our priests baptized and our children will grow old in.

We’re losing 200 WWII vets per day now, and soon they’ll all be gone. They weren’t saints, but they fought and died for their mothers and fathers and neighbors and girlfriends and hometowns. Patriotism for them was about love of country, not love of the federal government.

This video is about Christian flag waving vs. Marxist flag burning. It’s about the spirit of sacrifice, duty, honor vs. the spirit of Godless Globalism.

It’s not about politics. It’s about love and the triumph of a noble human spirit that is dying all around us. But we can never let it die.  It’s time to turn the hate train around, and direct it against the real haters–the radical Left who hate everything from God, to country, to family, even the unborn.

Mr. Lewis is no traditional Catholic, but what he’s writing about here is the Christophobic attack on everything that came before, especially love of country. Patriotism is a natural virtue, and it means love of the fatherland…not love of the Federal Government.  The same globalists who want to destroy that love of fatherland (what they now call “dangerous populist nationalism”), are also trying to destroy Christianity in America.

So, yes, strange bedfellows indeed. But Mr. Lewis is reminding Americans that love of country is not a bad thing and that, despite America’s sins and flaws, she is still worth fighting for.  In fact, we honor the memory of the fallen by doing all we can to deliver our country from Globalist evil, and to turn back to God rather than turning our backs on Him.

Stop hating America, in other words, and start loving her enough to heal her soul… and make her truly great again.  Eternal rest grant onto all those who died for the American hearth and home. May they rest in peace, and may we never forget. Michael Matt Editor Remnant Newspaper