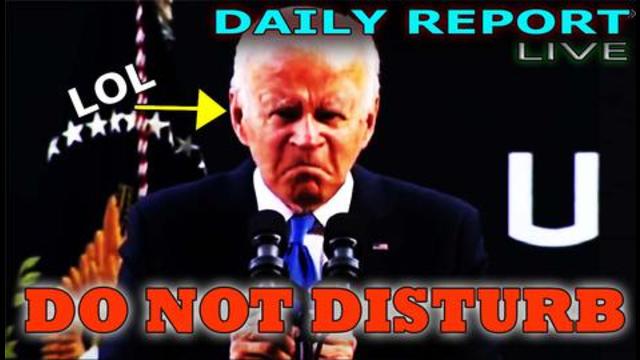 (Natural News) It isn’t often that retired U.S. military officers of flag rank (generals and admirals) collectively leap into politics, so when it does happen, it’s wise for every American to pay attention, regardless of political orientation.

Just recently, more than 120 retired flag officers signed onto a letter warning of a day our founders feared might come: Our nation is in serious peril of being relegated to the ash heap of history if patriots don’t wise up and rise up to stop it.

Recognizing the modern Democrat Party for what it is, a communist-like force hell-bent on revolution, the officers warned that if they aren’t stopped, America as founded will cease to exist.

“Under a Democrat Congress and the Current Administration, our Country has taken a hard left turn toward Socialism and a Marxist form of tyrannical government which must be countered now by electing congressional and presidential candidates who will always act to defend our Constitutional Republic. The survival of our Nation and its cherished freedoms, liberty, and historic values are at stake,” the letter states.

According to The Federalist, there is an impressive list of signatories:

The signatories, which include President Ronald Reagan’s former National Security Adviser John Poindexter, President George W. Bush’s former Deputy Undersecretary of Defense William Gerald Boykin, and retired Army Brigadier General Donald Bolduc, who is now running for Senate in New Hampshire, rail against a litany of left-wing pursuits showcased in the first 100 days of the new administration led by President Joe Biden, who has redefined what it means to run a far-left presidency.

The retired officers railed at Democrats for their assault on election integrity as well as the Biden regime’s open-borders policies. They also lashed out at big tech censorship, the administration’s reentering the Iran nuclear deal, reversing President Donald Trump’s achieving of energy independence, politicization of the military, gaslighting alleged right-wing threats while ignoring left-wing anarchy, and the recent confusion over procedures for the nuclear codes at the White House.

“Under a Democrat Congress and the Current Administration, our Country has taken a hard left turn toward Socialism and a Marxist form of tyrannical government,” the officers noted — correctly.

What’s more, the retired officers note, most of these changes have been made via executive order — prepared by Biden’s Marxist handlers and signed by the mind-addled and weak president — despite the fact that there was no mandate for such an agenda during the 2020 election. The officers noted that Biden only won three tipping point states by fewer than 43,000 votes (and those were stolen, we know that), the Senate is evenly divided, and Democrats only control the House by six seats (after they unexpectedly lost more than a dozen seats during the election).

“The Current Administration has launched a full-blown assault on our Constitutional rights in a dictatorial manner, bypassing the Congress, with more than 50 Executive Orders quickly signed, many reversing the previous Administration’s effective policies and regulations,” the retired officers wrote, going on to point out that Biden has signed the most orders in the shortest period of time since President Franklin D. Roosevelt.

“Moreover, population control actions such as excessive lockdowns, school and business closures, and most alarming, censorship of written and verbal expression are all direct assaults on our fundamental rights,” they added.

The officers are pleading with Americans to toss out these far-left Marxist revolutionaries in favor of federal, state, and local candidates who care about preserving our country as founded and put individual rights, per the Constitution, over those of ‘the collective,’ a harbinger of communism, as they also call for a new 21st-century Tea Party movement, circa 2010-2012.

“The survival of our Nation and its cherished freedoms, liberty, and historic values are at stake,” they wrote.