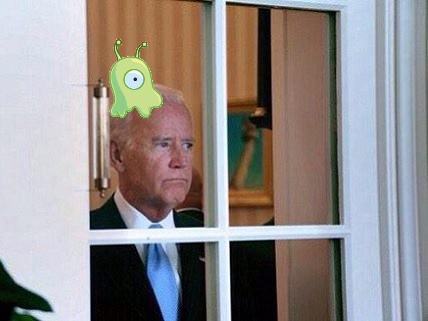 As inflation keeps rising and recession fears loom, a new Yahoo News/YouGov poll shows that Joe Biden is currently in the worst shape of his presidency.

The survey of 1,541 U.S. adults, which was conducted from June 10-13, found that if another presidential election were held today, more registered voters say they would cast ballots for Donald Trump (44%) than for Biden (42%) — even though the House Jan. 6 committee has spent the last week linking Trump to what it called a “seditious conspiracy” to overturn the 2020 election and laying the groundwork for possible criminal prosecution.

Since Biden took office, no previous Yahoo News/YouGov poll has shown him trailing Trump (though Biden’s most recent leads have been within the margin of error, like this one is for Trump). One year ago, Biden led Trump by 9 percentage points. In 2020, Biden won the White House by more than 7 million votes.

Yet Biden’s job approval rating has been atrophying for much of the last year, and the new survey shows that it has never been weaker. A full 56% of Americans now disapprove of the president’s performance — the highest share to date — while just 39% approve. Three weeks ago, those numbers were 53% and 42%, respectively.

On average, Biden’s job approval scores are now a few points worse than Trump’s were at the parallel stage of his presidency.

Can it get worse? There are always those who will stick with a turd like Biden no matter what happens. Leave Americans behind in Afghanistan (there are still some stuck there)? They’ll stick with him. Can’t find baby formula, feminine hygeine products, and gas is averaging over $5? They’ll still support him.