There are just so, so, so many hot takes on abortion, they keep coming and coming, like

Abortion returns to the states, but states can’t make gun decisions? This is the Trump Court.

Abortion doesn’t appear in the Constitution; guns do. While the 1st Amendment was meant to apply to the federal congress, meaning that states could, in fact, limit what is mentioned in the 1st, the other 9 original Amendments applied to the entire Republic. Anyhow, here’s a hot take on religion rulings 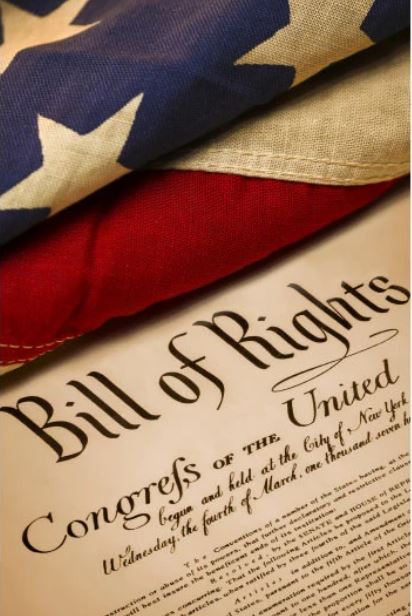 The conservative-majority U.S. Supreme Court has chipped away at the wall separating church and state in a series of new rulings, eroding American legal traditions intended to prevent government officials from promoting any particular faith.

In three decisions in the past eight weeks, the court has ruled against government officials whose policies and actions were taken to avoid violating the U.S. Constitution’s First Amendment prohibition on governmental endorsement of religion – known as the “establishment clause.”

The court on Monday backed a Washington state public high school football coach who was suspended by a local school district for refusing to stop leading Christian prayers with players on the field after games.

On May 2, it ruled in favor of a Christian group that sought to fly a flag emblazoned with a cross at Boston city hall under a program aimed at promoting diversity and tolerance among the city’s different communities.

Too bad there’s not a law that people have to read and understand the U.S. Constitution before opining on it. There is no separation of church and state. That derives from a letter from President Thomas Jefferson to the Danbury Baptists, and what he meant was that government should not be promoting one specific branch of Christianity over another. Jefferson remembered the influence of the Church of England on the British government, which is where the “Congress shall make no law respecting an establishment of religion” part comes from. It’s the very first thing the Bill of Rights says. Meaning government shall not take sides in religion, and shall not pick one over another (back then it was about Christian denominations). Nor will it declare one as the true one over others.

If they wanted to provide taxpayer money to religious schools, it would be fine, as long as it made it available to all. And Maine’s Constitution is similar. If they are going to make this money available, and the parents want to send their kids to those schools, there should be no problem. The government is not endorsing religion, they are not establishing it.

The very next part of the 1st Amendment states “or prohibiting the free exercise thereof;”. Meaning, government cannot interfere, and it doesn’t matter if the person in question is a public employee on government land. The coach was not forcing players to pray, and the players who did participate did so voluntarily and willingly, as they stated in court. Interestingly, though, the Washington Constitution may actually preclude what the coach did, stating

SECTION 11 RELIGIOUS FREEDOM. Absolute freedom of conscience in all matters of religious sentiment, belief and worship, shall be guaranteed to every individual, and no one shall be molested or disturbed in person or property on account of religion; but the liberty of conscience hereby secured shall not be so construed as to excuse acts of licentiousness or justify practices inconsistent with the peace and safety of the state. No public money or property shall be appropriated for or applied to any religious worship, exercise or instruction, or the support of any religious establishment: PROVIDED, HOWEVER, That this article shall not be so construed as to forbid the employment by the state of a chaplain for such of the state custodial, correctional, and mental institutions, or by a county’s or public hospital district’s hospital, health care facility, or hospice, as in the discretion of the legislature may seem justified. No religious qualification shall be required for any public office or employment, nor shall any person be incompetent as a witness or juror, in consequence of his opinion on matters of religion, nor be questioned in any court of justice touching his religious belief to affect the weight of his testimony. [AMENDMENT 88, 1993 House Joint Resolution No. 4200, p 3062. Approved November 2, 1993.]

A direct reading could mean that there are no prayers on public property. But, no one seems to argue what the state constitutions say.

As for the flag, if Boston city hall is going to allow some flags, they really have to allow all. Flying the LGBTwhatever flag? Nothing wrong with the religion flag. If someone wants to fly an Islamic, Hindu, Buddhist, etc flag, sure. Perhaps the city should simply not allow flags other than the American, state, and city ones. Just stay neutral. Easy peasey.

In Monday’s ruling, conservative Justice Neil Gorsuch wrote that the court’s aim was to prevent public officials from being hostile to religion as they navigate the establishment clause. Gorsuch said that “in no world may a government entity’s concerns about phantom violations justify actual violations of an individuals First Amendment rights.”

And therein lies the problem, leftist government being hostile to 1st Amendment rights.

It was President Thomas Jefferson who famously said in an 1802 letter that the establishment clause should represent a “wall of separation” between church and state. The provision prevents the government from establishing a state religion and prohibits it from favoring one faith over another.

In the three recent rulings, the court decided that government actions intended to maintain a separation of church and state had instead infringed separate rights to free speech or the free exercise of religion also protected by the First Amendment.

This Reuters news piece actually is better than normal reporting, as it actually delves into details, not just a one sided view

But, as liberal Justice Sonia Sotomayor wrote in the Maine case, such an approach “leads us to a place where separation of church and state becomes a constitutional violation.”

She’s read the Constitution, right? The U.S. one, not those of other nations.

The post Supreme Court Destroying Mythical Separation Of Church And State Or Something appeared first on Pirate’s Cove.