These hysterical, deranged, phrenetic climate cultists really are almost flat earthers, thinking that things on Earth should never ever change. And the crap they come up with to write about is very, very silly

You Can Spot Climate Change in Old Restaurant Menus 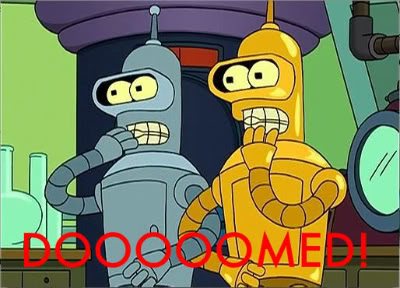 Vancouver, British Columbia, is nothing short of a seafood paradise. Situated at the mouth of the formerly salmon-rich Fraser River, the city overlooks Vancouver Island to the west, and beyond that, the open Pacific Ocean. Long before it had a skyline or a deepwater port, this was a bountiful fishing ground for the Musqueam, Squamish, and Tsleil-Waututh peoples, who still depend on its waters for cultural sustenance. Today, tourists come from all over the world to taste local favorites, such as salmon and halibut, fresh from the water. But beneath these waves, things are changing.

Climate change is an intensifying reality for the marine species that live near Vancouver and for the people who depend on them. In a new study, a team from the University of British Columbia (UBC) shows one unexpected way that climate effects are already manifesting in our daily lives. To find it, they looked not at thermometers or ice cores, but at restaurant menus.

“With a menu, you have a physical and digital record that you can compare over time,” explains William Cheung, a fisheries biologist at UBC and one of the study’s authors. Cheung has spent his career studying climate change and its effects on the world’s oceans. He has contributed to several of the landmark reports of the United Nations Intergovernmental Panel on Climate Change, but along with John-Paul Ng, an undergraduate student at UBC, he wanted to find a different way to both study and communicate those changes.

What would the menu have looked like in 1700, while in the depths of Little Ice Age? How about during the Medieval Warm Period?

The team gathered menus from hundreds of restaurants around the city, as well as from restaurants farther afield in Anchorage, Alaska, and Los Angeles, California. Current menus were easy to find, but digging into the history of Vancouver’s seafood proved a bit trickier. Doing so required help from local museums, historical societies, and even city hall—which the researchers were surprised to learn has records of restaurant menus going back more than a century—to compile their unusual data set. In all, they managed to source menus dating back to the 1880s.

As warming intensifies, the species in high enough abundance to make it to menus are continuing to change. As Cheung and Ng’s work predicts, local cool-water species such as sockeye salmon will continue to decline on Vancouver menus. (In 2019, British Columbia saw its lowest salmon catch in 70 years.)

In their place, southerly species are moving in. One of the most notable of these new arrivals isn’t a fish, but Humboldt squid, which have begun appearing in both fishers’ nets and in restaurants across the city.

And? This in no way proves anthropogenic causation, just that the climate changes. It’s nothing unusual. It happens. We don’t have to burn witches or heretics.

The post Bummer: Climate Crisis (scam) Is Seen In Your Menu appeared first on Pirate’s Cove.