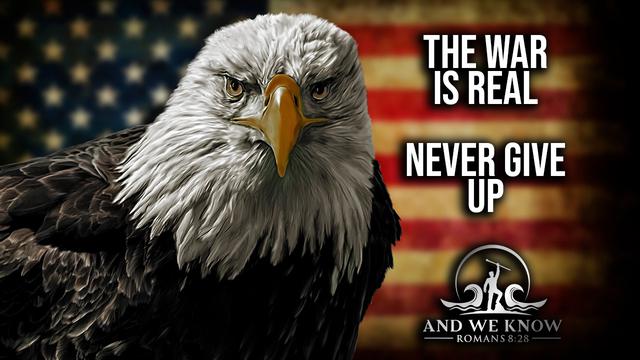 (Natural News) Recently, an American colleague commented to me, “We no longer live in a democracy but a dictatorship disguised as a democracy.”

Is he correct? Well, a dictatorship may be defined as “a form of government in which absolute authority is exercised by a dictator.”

The US today is not be ruled by dictatorship (although, to some, it may well feel that way.)

But, if that’s the case, what form of rule does exist in the US?

At its formation, the founding fathers argued over whether the United States should be a republic or a democracy. Those founders who later formed the Federalist Party felt that it should be a democracy – rule by representatives elected by the people. Thomas Jefferson, who created the Democratic Republican Party, argued that it should be a republic – a state in which the method of governance is democracy, but the principle of governance is that the rights of the individual are paramount.

He argued that, “Democracy is nothing more than mob rule, where fifty one percent can vote away the rights of the other forty nine.”

At that time, Benjamin Franklin has been credited as saying, “Democracy is two wolves and a lamb voting on what to have for dinner.”

As Americans still legally vote, and it may well be that the voting is not altogether rigged, the US could be regarded as a democracy. Of course, to be accurate, it could also be defined as a bureaucracy – rule by officialdom, and/or a plutocracy – rule by the very rich. Both of these descriptions are undeniably accurate.

Another question that’s hotly debated is what sort of “ism” the US is living under. There’s a visible trend in new candidates to openly promote socialism. Historically, socialism has always been an excellent way to gain votes, as the socialist promises largesse to the average man that government will provide by robbing the rich. Not surprisingly, the average voter would find this prospect very attractive.

Socialist candidates in the US today base their argument for socialism on the premise that “capitalism has failed,” and that premise is providing them with great headway. They claim that prosperity for the American people is almost non-existent; that the middle class is shrinking and the small upper class is growing ever-richer.

These claims are undeniably true… but not because capitalism has failed.

Vladimir Lenin stated that “Fascism is capitalism in decay.” He was quite correct. Fascism is a slow cancer that eats away at an economy. It transfers wealth to the largest, most politically influential corporations. Yet, the concept of fascism is greatly misunderstood today. Most anyone who decries fascism will describe symptoms such as jackboots and swastikas, but fail to offer an actual definition.

For a definition, we might ask Benito Mussolini, the father of national fascism. He stated, “Fascism should more properly be called corporatism, since it is the merger of state and corporate power.”

By defining the term, we can conclude that the US is no longer a capitalist country and hasn’t been one for a long time. The US began its slide into fascism in a major way around the time that income tax and the Federal Reserve were created – in 1913. These measures were the brainchild of the largest bankers of the day and the Fed still remains under the power of the major banks.

Over the last century, the Deep State, which is corporatist in origin, has grown and has done a first rate job of introducing a combination of socialism and fascism, a bit at a time. This has slowly destroyed the economy, education and the national moral compass, not to mention achieving the utter corruption of the political system.

By contrast, capitalism is a free-market system, in which the economy, unfettered by the interference of governments, finds its own level at any given time. It fluctuates naturally, based upon supply and demand, each correcting the other with regularity.

But government edicts operate with force and permanence, constricting the natural flow of money, goods and services. Over time, regulations pile on top of regulations until the system becomes dysfunctional.

Socialism, by its very nature, is a central restrictive force on the free market. Its logical conclusion is very visible in Venezuela today, where government regulation has produced such a stranglehold on the economy that it’s broken down in every way, resulting in dire poverty and even starvation.

But, as stated above, in the US, the Deep State has been thorough in its presentation of the US economy as a capitalist economy. In doing so, they’ve provided the encouragement of full socialism in the political realm.

In the near future, the economy will begin to collapse under the weight of growing fascism and socialism. However, the blame will be laid at the feet of capitalism.

In my belief, the majority of Americans will be fooled into thinking that capitalism is the problem and that socialism will save the day. During the coming financial crisis, they’ll dive in with both feet.

Voters, even many of those who are moderate, will support socialist candidates. The first national election that occurs after the crisis has begun will result in an overwhelming victory for socialist and other leftist candidates. The next president will provide a plethora of socialist “solutions” to counter “the damage done by capitalism.”

Quite so. It’s a natural progression.

And so, it shouldn’t be surprising if the more imaginative American were to observe, worriedly, “Toto, I don’t think we’re in Kansas anymore.”

He would most certainly be correct. Like the flag in the image above, the founding principles have been turned upside down and the rights of Americans have been shredded. “America,” as a concept, no longer exists in the USA. Its vestiges remain, but soon, they too will be on the way out.

Liberty always exists somewhere in the world, but it does tend to change location from time to time.

Perhaps a final quote from late eighteenth century America would be of benefit – one from Thomas Paine.

“My country is wherever liberty lives.”