Apparently, it doesn’t invade privacy if abortions are blocked at 24 weeks, but, does at 15 weeks 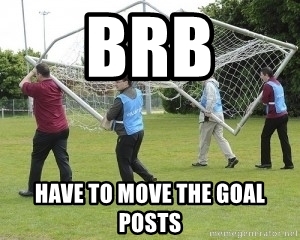 In a welcome but likely brief victory for supporters of abortion rights, a judge in Florida blocked a state law banning abortions after 15 weeks of pregnancy on Thursday, the latest in a flurry of activity in state courts and legislatures following the Supreme Court’s decision to overturn Roe v. Wade.

The Florida law, scheduled to take effect on Friday, violates privacy protections in the State Constitution, ruled Judge John C. Cooper of the Second Judicial Circuit Court in Tallahassee, handing a defeat to Gov. Ron DeSantis, a Republican, who enacted the restrictions in April.

But in a complication emblematic of the chaotic past week of legal and legislative action in the wake of the Supreme Court’s decision, the temporary statewide injunction Judge Cooper issued from the bench will not be binding until he signs a written order. The delay will leave Florida’s 15-week ban in place for a short time — perhaps a few days, because of the Fourth of July holiday — until the paperwork is completed.

Through Thursday, Florida allowed abortions until 24 weeks of pregnancy, making the state a refuge for women seeking the procedure from across Southeastern states with tighter restrictions. More than 79,000 abortions were performed in Florida last year.

Still, even once Judge Cooper’s ruling kicks in, it is expected to be fleeting: The state said on Thursday it would appeal, and the judge acknowledged that the appellate court was unlikely to keep his temporary pause in place for very long.

So, Judge Cooper knows his ruling will mostly likely be reversed, hence, he knows that his ruling was a bad one. That it didn’t have a legal basis, a Florida Constitution basis. The Constitution states

SECTION 23.?Right of privacy.—Every natural person has the right to be let alone and free from governmental intrusion into the person’s private life except as otherwise provided herein. This section shall not be construed to limit the public’s right of access to public records and meetings as provided by law.

What about the right to life in Section 2 for the unborn? Also, there’s that part about “except as otherwise provided herein”, which covers things like limiting the time to get an abortion, criminalizing things like insider trading, stealing cars, murder.

Florida Gov. Ron DeSantis on Thursday announced his intention to appeal a court ruling that would block abortions after 15 weeks.

The Florida legislature passed the law, known has House Bill 5, and DeSantis signed it in April. The law bans most abortions after the 15th week of pregnancy unless the health of the mother is threatened or unless the baby has a “fatal fetal abnormality,” according to the Washington Post.

Leon County Circuit Judge John Cooper announced that he would issue a temporary injunction against the state abortion ban, calling it “unconstitutional.” The judge did not draw on last week’s Supreme Court decision that overturned Roe v. Wade, but instead referenced from the state constitution’s language regarding privacy.

I am impressed that a judge actually referenced the state constitution. That is very rare. People, including lawyers and judges, seem to forget they exist.

Why is the judge litigating? That’s what the lawyers do.

DeSantis spokesperson Bryan Griffin told the Tampa Bay Times that the administration believed that the governor will appeal the decision up to the Supreme Court and that the law would “withstand all legal challenges.”

“The Florida Supreme Court previously misinterpreted Florida’s right to privacy as including a right to an abortion, and we reject this interpretation,” Griffin said. “The Florida Constitution does not include – and has never included – a right to kill an innocent unborn child.”

We’ll see how this goes. Regardless, this is where abortion should be, in the states.