Well, yeah, because gas is still much higher than when Biden took office, and so much of today’s prices have that price increase built in. Plus, there are many other factors

US inflation will likely stay high even as gas prices fall 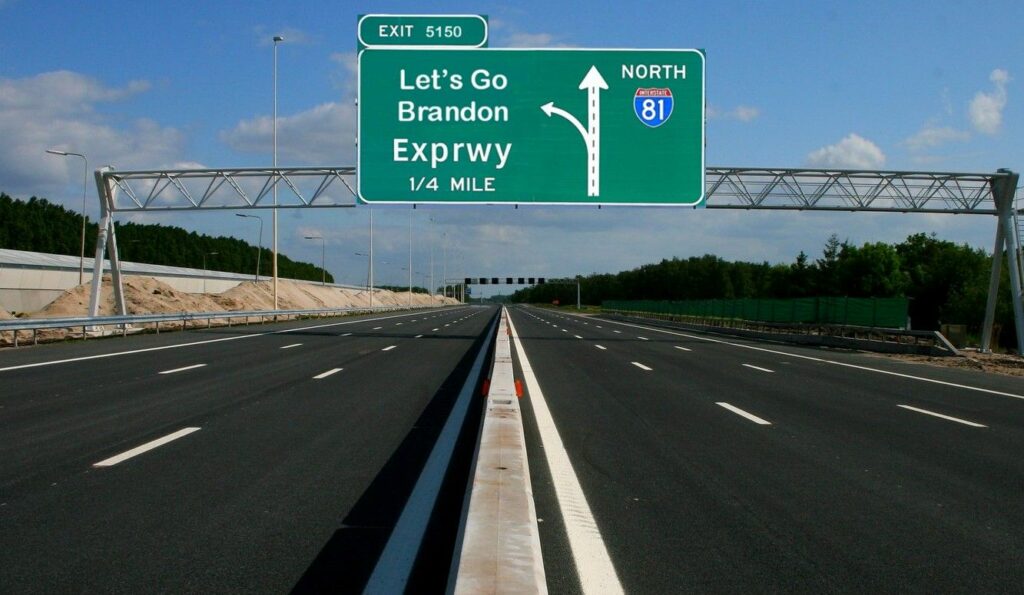 Americans may finally be catching a break from relentlessly surging prices — if just a slight one — even as inflation is expected to remain painfully high for months.

Thanks largely to falling gas prices, the government’s inflation report for July, to be released Wednesday morning, is expected to show that prices jumped 8.7% from a year earlier — still a sizzling pace but a slowdown from the 9.1% year-over-year figure in June, which was the highest in four decades.

The forecast by economists, if it proves correct, would raise hopes that inflation might have peaked and that the run of punishingly higher prices is beginning to ease slightly. There have been other hopeful signs, too, that the pace of inflation may be moderating.

At the same time, an array of other economic developments are threatening to keep intensifying inflation pressures. The pace of hiring is robust and average wages are up sharply. And even as gas prices fall, inflation in services such as health care, rents and restaurant meals is accelerating. Price changes in services tend to be sticky and don’t ease as quickly as they do for gas, food or other goods. Those trends suggest that overall inflation may not drop significantly anytime soon.

There are a lot more factors, especially the low availaibility of microchips and used vehicles, which really increase inflation. The lack of new vehicles doesn’t help, not when dealers are, at best, charging MSRP, at worst, charging thousands more. You can find cause after cause, going back to China’s COVID19.

Other items may have also helped lower price gains in July: Food costs, though they likely kept rising, probably did so at a slower pace than in June. Prices for used cars, clothing and rental cars may have fallen, too.

Not sure about clothes, but, the other two have not dropped.

The number of ships waiting to be unloaded at the Los Angeles/Long Beach port has fallen for six straight months, according to Oxford Economics. Shipping costs have generally leveled off or declined, including for trucking and rail services, Oxford said, though they remain high.

Those costs may not be going up much, if at all, but, they are staying elevated. A tiny decrease won’t mean much at all.

But a survey by the Federal Reserve Bank of New York, released Monday, showed that Americans now expect lower inflation in the next few years than they did a month ago. Yung-Yu Ma, chief investment strategist at BMO Wealth Management, said lower inflation expectations may allow the Fed to react less aggressively to reports, such as last month’s burst of hiring, that suggest the economy is still strong and that inflation could remain high.

Well, yeah, we don’t expect it to stay high. We aren’t Venezuela or some 3rd world nation. But, people do still expect this to go on for years.

The Biden administration on Tuesday got some much-needed good news on inflation: Online consumer prices dropped in July — the first time in more than two years that’s happened.

It’s another early sign that the white-hot inflation that has plagued the economy for more than a year could be abating as the Federal Reserve aggressively raises interest rates. Gas prices have dropped for eight straight weeks. Key commodities costs have eased. Walmart and other giant retailers are slashing prices. And even consumers are telling the Fed that their long-term fears of inflation are subsiding.

The problem here is that it looks good, but, much is due to demand destruction, meaning people are using less gas and buying fewer products, especially non-essential goods and services. People will still notice that gas is, nationally, $4.01, much higher than January 20th, 2021. Home energy is high. Food is high. Essentials are high.