Below is an article I wrote during my very first time going out to investigate paranormal activities. Boy, has things changed since then. This is a BLAST FROM THE PAST!
This is my first time experiencing a true paranormal investigation. Call us ghost hunters, ghost busters, ghost tracers, but to be more formal, we can be called paranormal investigators. The outfit is called H.P.I. (Haunted and Paranormal Investigations) of Northern California. The president is the lovely Shannon McCabe. Shannon is a unique individual that also is a vocalist and is involved with vocal lessons, recording, band management and bookings, event planning, floral design and has a website at www.SnMPProductionsCo.com or www.MySpace.com/SnMProductionsCo.

This talented woman also seeks the truth of hauntings and maintains a skeptical mind on all events that are witnessed by her outfit H.P.I. She seeks a scientific explanation, or when all scientific possibilities are eliminated, it leaves only one answer. The paranormal.

The National Hotel in Jackson, California dates back to the 1800s. Guests of the hotels have witnessed many paranormal events. The total number of entities in the hotel have been documented to a big 30.

When I arrived, their was a band playing and patrons gyrating on the dance floor to rock and roll and R&B. One of the songs, fit the mood for us: She Blinded Me With Science by Thomas Dolby. One of the buzzed patrons yelled out…”happy ghost hunting!” The HPI investigators were setting up video cameras in all locations of the floors of the hotel. The lap tops were turned on to analyze electronic voice phenomenon. In one recording you could distinctly hear a female voice say the word ‘chill’.

I became familiar with a Gauss aka E.M.F. (electro magnetic field reader). Brian Colbert, another paranormal investigator briefed me on a Tempgun, which detects the influx of temperature. Very good in reading ‘cold spots’. When the band and patrons left, the lights went out and the investigators had access to more rooms. In one room called The Bordello, I felt a thickness in the air. When leaving this room and returning perhaps an hour later, the thickness was gone. Armed with my digital camera, I took pictures of various areas of the hotel. The method is to take two pictures of each area, so there is no misinterpretation of the picture taken. The spirits must have been attracted to Julie English. She took many photos with her digital camera and picked up many ‘orbs’ in her photographs.

Julie English at 1:52am took a photograph of a bath towel in Room 55 and an orb appeared in the photo. She snapped another photo of the bed in Room 55 and another orb appeared. I snapped photos of the same areas and no orbs appeared on my photographs. One unsubstantiated claim was that intuitive Anne Temple claimed that a little girl made her presence known and followed John Wachter. During this incident an electronic magnetic field monitor device was used and witnessed by Michelle Paykel. The little ghostly spirit of the girl that followed John Wachter whispered ‘Cindy’. Some of the patrons of the bar were curious on what H.P.I. was doing and one patron, name unknown claimed he was a psychic and claimed an angry man entity was walking up and down the hallway and that he was angry. This entity was mumbling gibberish and was completely incoherent. The psychic patron claimed this was a troubled spirit. Anne Temple followed up to say that he smoked a cigar and that he was yelling ‘get out’. The patron psychic said he was 5′ 10″, average aged man with an ethnic background. Observing the patron psychic, I detected that he was somewhat intoxicated. There was a time he was glass eyed and standing up against the wall. Shannon McCabe asked him…’what’s wrong?’ He later told me that he receives headaches when there are too many ghosts around. One of the investigators asked him to leave, because we felt he was hindering on our investigations.

Shannon McCabe showed me around to various rooms. She is a seasoned investigator and as we sat in the dark, she would entice the spirit to show itself. While Shannon was trying to detect any Electronic Voice Phenomenon, any kind of noises that were being made, she would make the comment…”someone’s footsteps are being heard” or “Paul coughing”, so there is no confusion on what those noises are. Shannon enticed a spirit named “Jeffrey” and I snapped one photo over the bed area and captured 2 orbs on my camera. I snapped again, in the same direction of the orbs and there were no more orbs present in the 2nd photo. This was in Room 52 of the hotel. One of the lady workers of the hotel related all kinds of ghost stories to us. She told us how a crashed echoed throughout the hotel, sounding like broken glass or broken wood and when walking into the room where the sound came from, they found no broken glass or wood. She explained that rooms with many sightings, were rooms 61, 47 and 45. One room, a cowboy male ghost is seen and that this ghost once told a little girl with a video camera…’run bitch!’ Shannon and about 4 other paranormal investigators sat in that room, trying to entice the cowboy ghost. We had no results in this room. I later sat in this room by myself and felt no presence. I even dared to sit in dark closets by myself and even investigated the attic and no results. 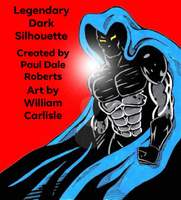 One unidentified woman paranormal investigator took a photo and got a misty white cloud on her digital photo. Michelle Paykel took a digital photo and a white blob appeared on the staircase digital photo. At 4:20am, more digital photos were taken in Room 60 and orbs appeared on the photographs. The final story for this evening occurred in Room 47, the infamous Bordello Room with it’s lavish provocative maroon decor and mirrors. I don’t know if this was my imagination, but at one time, when entering the Bordello Room, I smelled musky perfume. Now this story is related to me by Mary Casiano, Jonathan Russell and Anne Temple, the Spiritual Reader of www.Bluepantherspirit.com/ They witnessed or experienced everything from a poke in the neck, whispering, hair pulling, tugging on hair, a touch or brushing of the face, hands feeling cold, hair pushed back. Jonathan Russell claims he was sitting on a chair and felt a pressure on his lap and even felt like he was being groped. I went into the Bordello Room by myself and sat in the same chair as Jonathan. I sat in there for a good 20 minutes and experienced nothing. The only thing I experienced in this room, was earlier in the evening, I felt a thickness in the air. Overall this was a fun learning experience and I hope our next investigation into a haunting will produce some exciting results. All digital photographs and Electronic Voice Phenomenon will be analzed.

The results are pending. For anyone interested in this field! Like the patron told me….”Happy Ghost Hunting!”