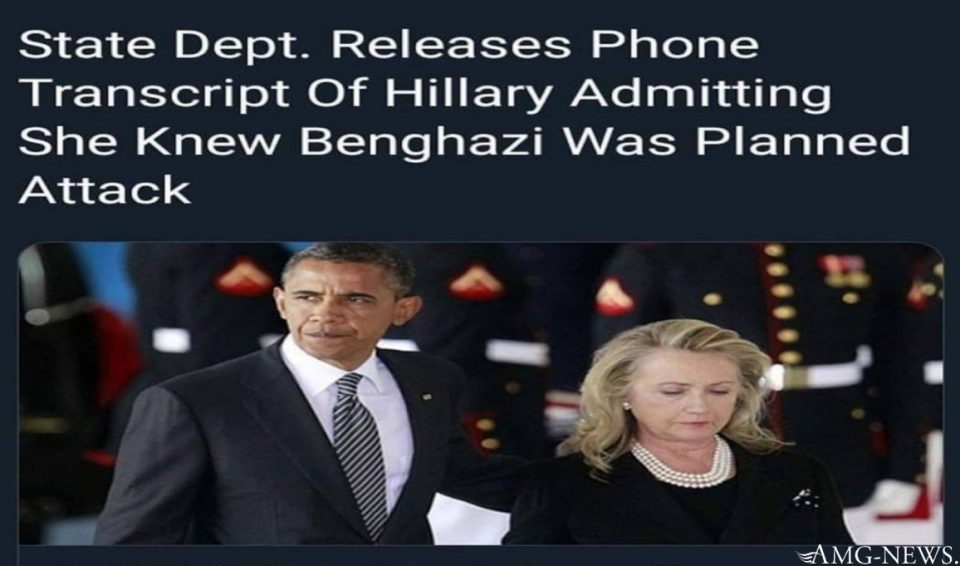 Judicial Watch announced it has obtained new documents from the Department of State containing the telephone transcripts from the evening of September 12, 2012, in which then-Secretary of State Hillary Clinton informs then-Egyptian Prime Minister Hisham Kandil that the deadly terrorist attack on the U.S. compound in Benghazi “had nothing to do with the film.” The documents include previously unreleased telephone transcripts with world leaders about the Benghazi attack.
Clinton’s admission to Kandil was first produced to the Select Committee on Benghazi on October 13, 2015 and publicized on the day of Mrs. Clinton’s testimony, October 22, but court filings in Judicial Watch litigation show that the record was only produced after two federal court judges ordered the State Department to produce more Benghazi-related records to Judicial Watch. Similarly, Judicial Watch litigation also forced the release of the September 11, 2012 email in which Secretary of State Hillary Clinton informed her daughter by email that the attack had been staged by an “Al Qaeda-like group,” rather than as the result of “inflammatory material posted on the Internet,” as Mrs. Clinton had claimed in her official public statement one hour earlier.
Related: List of Indictments, Arrests and Executions – Dismantling the Deep State Operatives and Doubles
The State Department previously told a federal court that the Kandil document wasn’t responsive to Judicial Watch’s request and resulting lawsuit (Judicial Watch v. U.S. Department of State (No. 1:14-cv-01511)) seeking:
Any and all records concerning, regarding, or related to notes, updates, or reports created in response to the September 11, 2012 attack on the U.S. Consulate in Benghazi, Libya. This request includes, but is not limited to, notes taken by then Secretary of State Hillary Rodham Clinton or employees of the Office of the Secretary of State during the attack and its immediate aftermath.
But the State Department then produced this information last month to Judicial Watch. The records, the State Department told the Court, were found among thousands of new Clinton State Department records supposedly only discovered in December, 2015 – again, two months after the key Kandil document was first produced to the Benghazi Committee.
Under court order, the State Department released 11 documents responsive to the Judicial Watch request with large blocks of information redacted. The documents also include phone conservations between Clinton and other foreign dignitaries and heads of state during the period of the deadly terrorist attack on the Benghazi consulate.
At 10:08 p.m. on September 11, Mrs. Clinton issued an official State Department press statement, approved by the White House, placing the blame for the attack on an Internet video:

Some have sought to justify this vicious behavior as a response to inflammatory material posted on the Internet. The United States deplores any intentional effort to denigrate the religious beliefs of others. Our commitment to religious tolerance goes back to the very beginning of our nation. But let me be clear: There is never any justification for violent acts of this kind.
Yet the next day, in her 3:04 PM September 12 conversation with Kandil, Clinton said, “We know the attack in Libya had nothing to do with the film. It was a planned attack – not a protest.” Clinton went on to add, “You’re not kidding. Based on the information we saw today we believe that group that claimed responsibility for this is affiliated with al-Qaeda.”
Also: Crimes Against Humanity, List of Indictments, Arrests and Executions – This Revolution Will Not be Televised!
On September 15, in a telephone call with then-Egyptian Foreign Minister Mohamed Amr, Clinton emphatically portrayed the “stupid, very offensive film” as the root cause of the Benghazi violence. Clinton told Amr, “I have repeatedly, as has the President and other officials in our government, deplored not only the content of this stupid, very offensive film… But we have to exercise more self-discipline… otherwise we’ll be in a vicious downward circle against everyone who has ever felt offended, particularly on the internet….”
Clinton’s telephone call with Amr also contained a curious reference to what the former secretary referred to as a “very successful investment visit led by my deputy Tom Nides, and on the very day they left this series of incidents began to unfold.” According to the Washington Post, Nides, who was deputy secretary for management and resources at the State Department, was at the same time responsible for “communications with donors” to the Clinton Foundation. Nides was also involved in the scandal involving Clinton’s efforts to provide special access to State Department officials for hedge fund clients of her son-in-law, Marc Mezinsky. 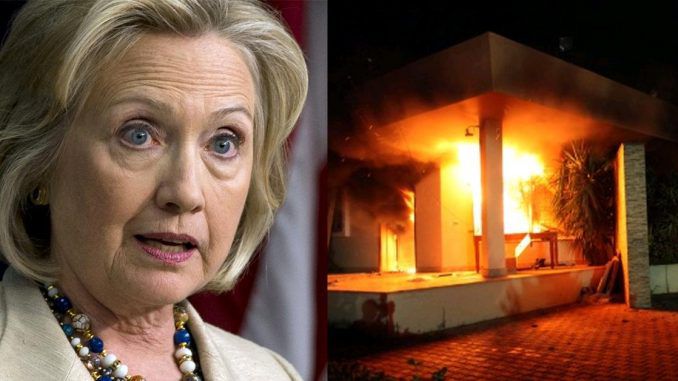 In a September 12 call with the Afghan President Hamid Kharzi, Clinton says at some point they need to talk about “about religious feelings and insults and defamation.” Islamists seeks to criminalize criticism (“defamation”) of Islam. The Obama administration worked closely with advocates for restrictions on free speech as part of their Benghazi video pr campaign.
Also: Revelation and Bible Prophecy: An Event That May Leave 290 Million Americans Dead in its Wake!
The documents also show that Clinton referenced the “actions of a mob” to Tunisian Prime Minister Jebali on September 14. Jebali responded that he condemned “these terrorist actions.”
“There are two scandals here. The first is Hillary Clinton was telling different stories to different foreign leaders about the Benghazi attack – including an admission that it was a terrorist attack,” said Judicial Watch President Tom Fitton. “The second is the State Department’s cover-up of these documents. The State Department is forcing Judicial Watch to play ‘whack-a-mole’ with Clinton and Benghazi documents. It is no wonder that two frustrated federal court judges granted Judicial Watch discovery into the Clinton FOIA issues.”