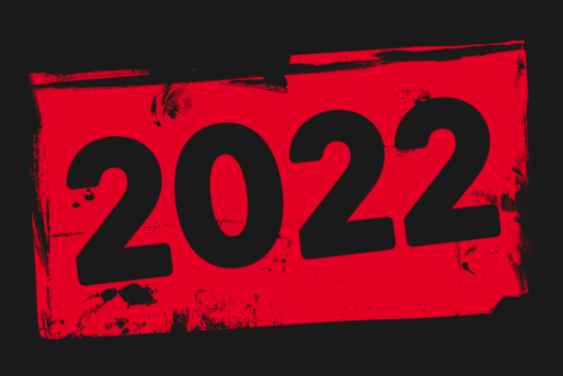 The Year of Complete Chaos, Engineered Collapse & Manufactured Confusion
<Who does not want to know what the heck is going on all over the world—24/7?

Has there ever been such an in-your-face global campaign to lock down the planet, while practically force vaccinating every inhabitant on Earth?

Obviously, there is a very serious and tight time schedule being adhered to by the New World Order globalist cabal, especially where it concerns the execution of OPERATION COVID-19 and the global roll-out of the Covid Super Vaccination Agenda.

TRUTH LIVES on at https://sgtreport.tv/

Anyone who has followed this Alt Media platform ought to be aware of the several driving forces behind the New World Order agenda.

The most fundamental and profound influences have their roots in astrology, numerology and geomancy.  Of course, there are other major forces employed by The Powers That Be which draw upon the entire gamut of occult arts and sciences.  Some of those more powerful dark occult practices are, as yet, unknown to virtually all of humanity.

Hence, it’s of paramount important for every human being to properly understand that what we are all witnessing and/or experiencing is a highly choreographed DRAMATIC production of truly epic proportions.

However, at it’s very core, this unparalleled global melodrama is illusory to the extreme and, therefore, has no basis in reality.  Ergo, it’s best to just sit back and observe the upcoming unprecedented and awesome events as “The Greatest Show On Earth—EVER!”

1.  The 2022/2023 AD time window was selected decades ago as the best time frame to conduct a controlled demolition of the entire Global Economic & Financial System (GE&FS).

2.  Because that “Global Gambling Casino” has been totally exposed as a massive insider trading platform for the power elite, it no longer functions as the Confidence Game it has always been.

3.  Maintaining this CON by artificially propping up the markets (all of them) has become so time-intensive, labor-intensive and energy-intensive that there is now a mathematical certainty to its inevitable collapse.  In other words, it’s now practically impossible to prevent a spontaneous systemic breakdown of the GE&FS, which is happening at this very moment.

4.  As a result of this inevitability, TPTB have long planned to coordinate a controlled demolition of the GE&FS under the rubric of the GREAT RESET.

5.  Because of the pervasive and profound re-structuring of the world order brought about by the GREAT RESET, the top decision-makers executed OPERATION COVID-19, which was quickly followed by the implementation of the Covid Super Vaccination Agenda.

6.  Both of these society-destroying, international criminal conspiracies were designed to soften up all of humanity so that the major and abrupt changes dictated by the GREAT RESET would be accepted as rapidly as possible.

7.  The year of 2022 was specifically chosen as the beginning of the “Year of Final Collapse” for various reasons, each of which mutually supports the other.

8. First and foremost, 2022 is not only a scheduled Shemitah year, it is the year of the Super Shemitah.  The indisputable 7-year pattern of Shemitah years has been long established as explained here: The Actual Timing of the GREAT RESET Laid Bare.

9.  Secondarily, Pluto has been crashing through Capricorn since 2008, a transit that will culminate in 2022/2023 just as this same game-changing transit occurred from 1762 through 1778 during the extremely tumultuous American Revolutionary Period.

10.  Thirdly, the trigger point for the “FINAL CRASH OF 2022” will occur this coming February when the United States of America will experience its very first Pluto Return.  The first time Pluto astrologically impacted the USA occurred on its birthday in 1776, which actually occurred on July 4th—American Independence Day.  As follows:

Get Ready For The First Pluto Return in American History

It’s critical to correctly comprehend that all of the preceding predictions and prophecies will take place throughout the time frame that begins in earnest during January of 2022, and which will continue until Pluto leaves Capricorn in 2024.  That means that all of 2022, 2023 and some of 2024 will see the most transformative and turbulent times in the history of the American Republic.

In other words, there is no stopping either the great destiny or difficult karma that is swiftly coming at these once United States of America.  In all likelihood, the coming two to three years will make the First American Revolution look like a very tame Tea Party.

The good news is that the massive changes on the horizon are direly needed to restore the American Republic.  Without them, this nation will go the way of all previous empires—a slow-motion collapse that causes much pain and suffering to the citizenry as well as to the world-at-large.  In point of fact, the world community of nations has already suffered much adversity because of the desperation and aggression of the American power elite and their Western warmongering allies.