Is the USA going to collapse? Nobody can say. There are a few things that could cause a collapse, but who knows if any of them will?

What we can be sure of, though, is that if a crisis comes it won’t affect the whole country equally.

If one of the doomsday scenarios preppers fear happens, even if it’s a national event the effects will hit some places sooner, and harder, than others.

Some states will collapse almost immediately, and things there could get very bad, very quickly. Other states will hold up better, and even if they do completely collapse the process will be slower, giving people time to prepare, adapt and survive.

Related: The Best States to Outlive an Economic Depression

If you want to maximize your chances of making it through a crisis you need to know what states to avoid. Here are the top five:

This one probably won’t surprise anyone. California is famously vulnerable to natural disasters – earthquakes and wildfires are common, and huge parts of the state are vulnerable to tsunamis as well – but that’s only half the problem. California has some other massive vulnerabilities, too.

For a start, it’s densely populated. Compared to the likes of New Jersey or Rhode Island it isn’t that densely populated – it ranks 17th in the nation – but a combination of relatively high density and very high population makes it very vulnerable.

California’s big cities are incredibly reliant on supplies from outside. San Diego and Los Angeles bring in up to 90% of their water from Northern California; if the infrastructure that carries that water breaks down (and it isn’t in any better shape than the rest of our infrastructure) the cities will collapse into chaos within days.

San Francisco is a lot smaller and has a cooler, wetter climate, but it isn’t in the clear either. Over 85% of the Bay Area’s water comes from the Hetch Hetchy Valley in the Yosemite National Park, 150 miles to the east, and if that stops flowing San Francisco will be just as screwed as the big cities.

California isn’t helped by the fact it’s such an obvious target for attackers.

Silicon Valley and the San Francisco area is the center of the global tech industry; an EMP attack on California is a quick and easy way to devastate the US economy – but it would also cause a rapid and massive collapse as the bankrupt state’s crumbling infrastructure simply broke under the impact. 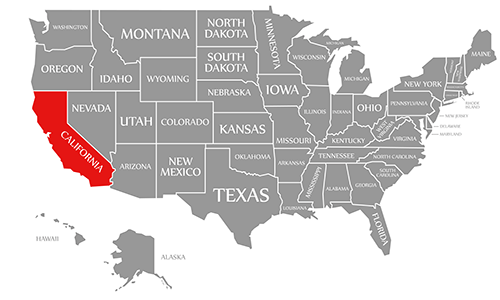 Florida’s politics might be different to California’s, but unfortunately, its vulnerability to collapse is similar.

It also suffers a lot of natural disasters – hurricanes, this time – and it’s also densely populated. In fact, Florida’s people are packed in a lot more densely than California’s, although that’s balanced by the fact there aren’t as many of them.

Like California, Florida is highly urbanized – about 92% of Floridians live in an urban area. That makes them very dependent on outside supplies that probably won’t come in a crisis, and as the old saying goes, civilization is never more than three missed meals from anarchy.

If disaster hits, life in Florida is going to get ugly in a hurry.

Related: Buy Lots Of Food And Store It Some Place Safe, Because Very Difficult Times Are Approaching 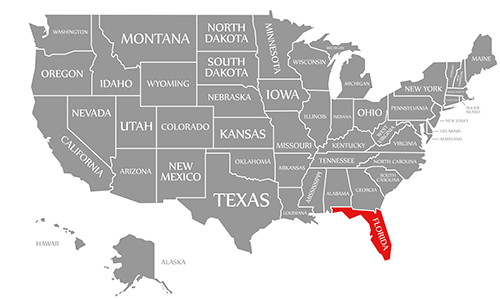 You’re probably wondering what Alaska is doing on the list. After all, it’s about as unlike highly urbanized California as you can get.

Alaskans are self-sufficient, many of them hunt and they don’t rely on vulnerable infrastructure for such basic necessities as water.

Related: What Cowboys Built And Did Around The House To Be Self-Sufficient

Unfortunately, Alaska does rely on imports of some other necessities, with gasoline and heating oil being the most important. It also buys in most of its processed food and almost all its manufactured goods.

And, while Alaskans can easily supplement their diet by hunting and fishing, farming is another story.

A harsh climate and short growing season mean the state is nowhere near self-sufficient in grains, fruit and vegetables, and true self-sufficiency is pretty hard to achieve.

Alaska might not be torn apart by urban riots in the first days of a crisis, but it will still collapse within weeks as food stocks run down and gas disappears. 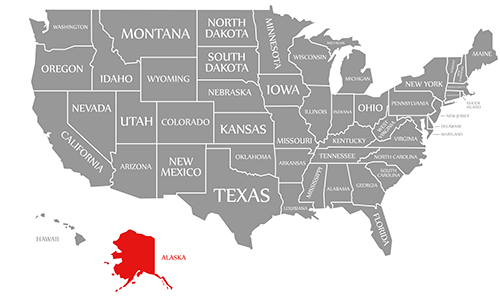 While Hawaii has more agriculture than Alaska, the biggest crops are sugarcane and pineapples – not exactly staple foods. The climate means it’s a bit more feasible to grow your own food there, but on the downside, land is scarce and expensive.

Hawaii is also heavily urbanized, with almost 92% of the population living in cities. Like California or Florida, as soon as supplies from out of state stop arriving those cities will collapse fast and hard.

There’s another serious problem with Hawaii, too – it’s an island chain in the middle of the Pacific. At least if you’re in Alaska when the collapse comes you can get to Canada. If you’re in Hawaii, plan on being there for a long, long time. 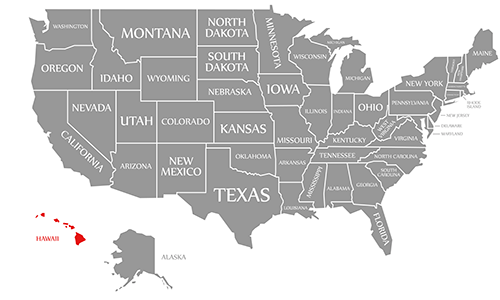 If the power goes off and supplies of food and water stop coming, the Big Apple will rot in a hurry.

The state of New York contains the USA’s most populous city, over eight million people with basically no ability to be self-sufficient.

While New York does have some agriculture, including a lot of basic foods – the state is the largest cabbage producer in the country, for example – in a crisis not much of that food is going to make it into the city, so you can expect hungry mobs to fan out into the rural parts of the state looking for food.

Along with the city’s already high crime levels, the collapse of New York is going to be fast and brutal. 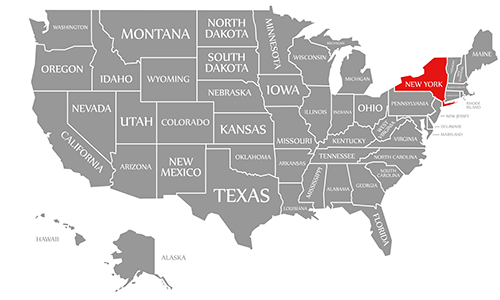 If you live in one of these collapse-prone states, the best advice is to be ready to bug out as fast and as far as you can.

The ideal solution is to move to a more rural state where any collapse will be slower and less violent, giving you time to adjust to the new normal.

It’s easy to be self-sufficient there, and you’re a long way from the chaos that will erupt when America’s helpless cities start to starve.

How To Make Pepper Spray

Where Free Land Can Be Found In The USA (Video)