In my lifetime, I have seen the government’s massive increase of power. I went from not really understanding the government to looking at it as a legitimate threat to my way of life.

Even with its massive consolidation of power there are plenty weaknesses to exploit. Some states are just better locations for this. Let’s talk about the best states to outfox FEMA.

There are three major threats that FEMA presents to preppers. These are probably not new to you. In fact, over the years, the executive powers of the government have grown out of control and now they can take almost unlimited action in an emergency. 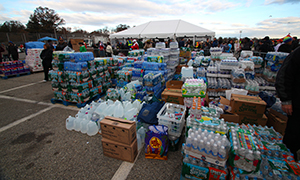 For preppers this is a big deal. Confiscation of resources has been on the books for a long time. In 2020 Donald Trump signed a massive executive order that gave the government untold power to take basically whatever they deemed necessary.

Related: Find Out What Areas Would Be Targeted by FEMA When SHTF (they’ll take your supplies)

(i) the authority of the President conferred by section 102 of the Act to prevent hoarding of health and medical resources necessary to respond to the spread of COVID–19 within the United States, including the authority to prescribe conditions with respect to the accumulation of such resources, and to designate any material as a scarce material, or as a material the supply of which would be threatened by persons accumulating the material either in excess of reasonable demands of business, personal, or home consumption, or for the purpose of resale at prices in excess of prevailing market prices. 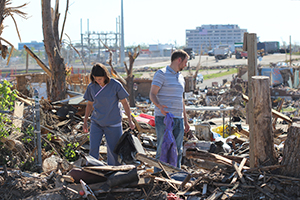 Thanks to the 2012 National Defense Authorization Act the government has the ability to detain American citizens indefinitely without a trial for “as long as hostilities exist.” This could be based on affiliation with certain people, groups or political movements. Remember, no trial means you cannot prove or disprove affiliation.

With the current status of unending world conflict, you should understand that these “hostilities” can be used in any manor the oppressive government sees fit. 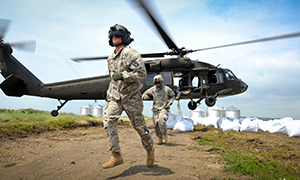 Then of course there are the curfews, loss of liberties and fear that goes along with the institution of Martial Law. We have not seen it happen much, but it has happened in the nation.

Related: Do You Know Your Rights Under Martial Law?

In order to outfox FEMA, you have to first understand their greatest weakness. It is sheer numbers of people and their ability to enforce things like confiscation.
FEMA itself only employees 20,000 people and all of them are not going to be active in the field. DHS employees many more, 240,000, but only a percentage are going to be boots on the ground in an emergency.

Being the last great frontier in America, the population is so sparse and the landscape so tough that government agencies would not be able to justify any kind of ROI for managing, confiscating, relocating, or probably even stepping foot inside the state.

All that said, if you are willing to learn and hustle you can certainly survive in Alaska and even create a small sustainable prepping community that could be completely off the government’s radar.

There is a lot of potential in Oklahoma and Eastern OK has been looking real good lately. It is a place where the population is low which means they are less important when it comes to controlling populations in emergencies.

The politics of Oklahoma would also fight to keep things like Federal Martial Law out of the state.

Tennessee is one of those states that is hiding just behind the veil of the overpopulated east coast. It is waiting for the right kind of person to stop looking east and turn around and see what could lie west.

As far as prepping and self-reliance are concerned, it’s a great state and hits all the markers. The major cities are small and would not peak the interests of emergency operations over larger cities like NYC and Chicago.

Related: The First States That Will Go Down In A Collapse. Do You Live In The Red Zone?

Ohio is a great state for preppers with plentiful natural resources. However, it’s largest city, Columbus, has under 1 million people. Population density in most parts of the state is very low.

There is not a lot that FEMA would want from a state like Ohio to confiscate and spread around the nation.

There are a lot of states that contain portions of the Rocky Mountains. I think they are all worth considering when it comes outfoxing FEMA. Again, with limited resources FEMA would have limited desire to send people up these mountains to manage small populations. It’s just not efficient.

People living in and around the Rockies, in towns and counties will simply be left to survive on their own. You can use that to your benefit!

You might be surprised that I did not include Texas on this list. To me, Texas represents a place of massive future conflict. When talks of secession come up Texas is the first to raise its hand. There is a nightmare on the border and the politics are becoming increasingly splintered.

As time goes by, I think Texas is going to be a focal point of much conflict in our nation. Of course, Texas is big so there is a lot of varied terrain to hide out in or just to get off the beaten path enough not to be bothered.

It’s just not one of my picks. I have a feeling many of you will disagree.

Related: How The New Texas Gun Law Can Affect Preppers

Popular prepping havens like the Redoubt, the Ozarks and even parts of North Carolina might seem like a great place to move. If you know about these places, then DHS and FEMA know about them.

They also understand that prepper communities are housing MASSIVE amounts of resources that could be distributed to larger cities in need. While they might be met with aggression there is a good chance that these places would be approached by FEMA in a serious emergency.

It’s a numbers game for FEMA. Even with the help of the military or NATO, as many like to fantasize about, there are simply not enough people to oppress all the major cities in the nation let alone the smaller, quieter places.