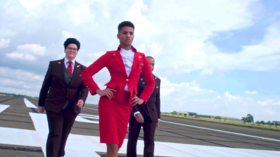 In a bid to become “the most inclusive airline in the skies,” British Virgin Atlantic scrapped rules on Wednesday requiring its staff to wear gender-specific uniforms. This means male personnel may now wear red skirt suits to work.

The company, which is owned by billionaire Richard Branson, announced that it would update its gender identity policies to “champion individuality,” enabling its employees to wear clothing that “expresses how they identify.”

According to the airline’s press release, personnel are now free to choose any company-approved uniform, “no matter their gender, gender identity or gender expression.” The uniforms have been created for Virgin by British designer Dame Vivienne Westwood.

The updated policies also provide an option for both Virgin Atlantic staff and passengers to wear pronoun badges to make sure they are addressed with consideration for their gender identity. 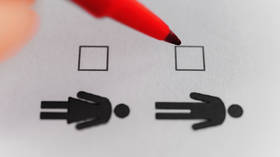 The airline’s ticketing systems will also allow people with a gender-neutral marker in the passport to use ‘U’ or ‘X’ gender codes on their booking, as well as the gender-neutral title ‘Mx’. This feature, however, is available only in a handful of countries, including the US, India and Pakistan.

In addition, Virgin Atlantic has updated its “trans inclusion policies,” entitling members of this community to time off for medical treatments related to gender transition, and allowing them to choose changing and shower facilities.

The move, however, has been met with criticism by some members of the public who consider the decision to be controversial or even see it as “woke madness.”

The amendment of Virgin Atlantic’s policies comes after major US airlines agreed in July to update their systems by 2024 to enable clients to buy tickets with an “X” gender marker, which means the passenger considers themselves to be neither male nor female.