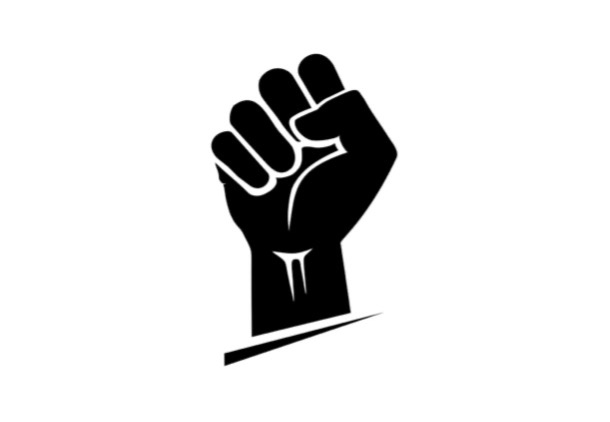 “These ‘Useful Idiots’ do not realize that they are being used as a political battering ram to turn, in the end, the people against them.”

Like so many of these modern-day civil rights leaders of the day such as Colin Kaepernick, Jess Jackson, Al Sharpton, Oprah Winfrey, you would think that the few people that are in support would know that they are being used for the own demise (1 Kings 13:33).

Just this last week, while preaching in Michigan, I had a black woman ask a question by starting off with “As a woman of color…,” of course, trying to put herself in the position of a victim. In response I had said, “Ma’am I am a person of color also.  White is a color” (Acts 17:26).

Attempting to help her understand, I went on to tell her that black power is as dangerous as white power.

When Black Lives Matter came into the conversation, I told her that the BLM, which the ignorant think are well intended people leading them up, is set up to anger Americans towards the people that are leading up this feigned movement along with their supporters (Isaiah 5:20).

You would think that they had enough common sense to see that they are making Americans angry with their subversive and unAmerican activities (Matthew 13:14-38). These people are merely being used in the hands of the powers that are tolerated to incite domestic insurrection, to weaken and to divide the nation (Mark 3:25).

To further solidify my point here, The Beltway Report reported: BLM Leader Busted, Charged With 5 Felonies, Facing Over A Decade In Prison

Now it seems that California Black Lives Matter leader, Tianna Arata, is learning that lesson the hard way after she organized a ‘protest’ and was subsequently arrested by the San Luis Obispo Police Department (SLOPD) after the event turned violent.

The Gateway Pundit explains ‘The San Luis Obispo DA filed five felony charges against Arata, including four felony counts of false imprisonment, and one felony count of conspiracy.
She was also hit with three misdemeanor charges: resisting or obstructing a peace officer, inciting a riot, and unlawful assembly.’

Activist Tianna Arata was arrested on July 21 by the San Luis Obispo Police Department (SLOPD) in California after police said a protest she organized turned violent.

In a statement released following Arata’s arrest, the department said SLOPD Police Chief Deanna Cantrell had spoken with Arata ahead of the rally and had been assured that the protest would be peaceful.

However, SLOPD said the protest, which grew to a demonstration involving approximately 300 people, got out of hand when demonstrators marched onto a highway and, at one point, launched an assault on a passenger vehicle, despite a 4-year-old child being inside.

It is unclear what led up to the incident, but SLOPD said protesters damaged the hood of the vehicle and smashed the rear window, causing glass to shatter on the 4-year-old, who was sitting in the back seat.

According to police, protesters also targeted at least two other vehicles upon exiting the highway, with some demonstrators seen chasing down and throwing objects at one car.

Arata’s friend, Melissa Elizalde posted a video of the arrest online, in which she called the event a ‘kidnapping:’

THEY KIDNAPPED MY BEST FRIEND OFF OF THE STREET. NO RIGHTS WERE READ. SPREAD #freetianna https://t.co/C6QdpivvpF