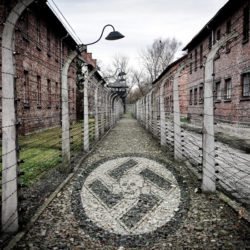 A Texas school administrator has suggested that classrooms offer books on Holocaust denial to support “opposing” views in an attempt to strike back at Gov. Greg Abbott’s ban on the teaching of Critical Race Theory in schools.

CISD had an issue after a parent complained last year because her daughter was assigned a reading assignment centered on the book, “This Book Is Anti-Racist” by Tiffany Jewell. At the time, administrators declined to discipline the teacher, but on October 4th, the school board voted to overrule the district’s decision and formally reprimand the teacher.

The disciplinary action prompted a backlash from Leftist-leaning teachers, one of which hung yellow caution tape in front of the CRT-centered books in a classroom after Abbott signed the Texas law banning the instruction of Critical Race Theory.

Peddy’s narrative of pushing books denying the Holocaust was recorded on audio published by NBC News. In talking to teachers under her purview, Peddy was recorded saying:

“Just try to remember the concepts of [House Bill] 3979…and make sure that if you have a book on the Holocaust, that you have one that has an opposing, that has other perspectives.”

When one teacher asked the obvious question of how one “opposes” the Holocaust, Peddy replied, “Believe me, that’s come up.”

A group of educators in Southlake, Texas were actually instructed to teach “opposing” viewpoints of the Holocaust. pic.twitter.com/SWzdJn8vRX

Texas Sen. Bryan Hughes (R), the author of Senate Bill 3, says this book-banning controversy takes the language of the bill out of context asserting critics are incorrectly comparing the forced teaching of Holocaust denial books with the removal of anti-White literature from classrooms.

Why This Is Important

There is a world of difference between opposing the instruction of racist garbage like Critical Race Theory (CRT) – which, as its title points out, is simply a “theory” – and the fully documented crime against humanity that was the Holocaust.

Where the teaching of the Holocaust is a matter of verifiable and documented history, CRT is a radical theory based on an abortion of Karl Marx’s Critical Theory, which is a recipe book for killing Capitalism through the pitting of one class against another. CRT replaces the classes with the races.

CRT blatantly teaches children – or anyone stupid enough to sign on to the destructive theory – that their skin color dictates whether or not they are intrinsically racist. Succinctly, CRT teaches that if you are White you are inherently racist and there isn’t anything you can do about it.

CRT teaches the same brand of hatred that the Nazis taught the Hitler youth regarding anyone who was not a part of the “master race.”

We must lay the blame for the degraded condition of our education system at the feet of the teachers’ unions, the government, and ultimately the people for not providing proper oversight to prevent the government and unions from hijacking the system for opportunistic ideological and political purposes.

This is why the recent turn of events in which the National Association of School Boards urged the Department of Justice to consider parents objecting to this Marxist indoctrination as “domestic terrorists” is so egregious.

First, there shouldn’t be a National Association of School Boards for anything else but facilitating communication between school boards. They should have no authoritative voice that would allow for such an idiotic statement to be issued. For that reason alone every school board across the country should disavow itself from the association.

But more importantly, the citizenry must step up to at least support those parents and taxpayers who are protesting the brainwashing of our children.

Schools are tasked with cultivating the core tools of gathering knowledge – reading, writing, arithmetic, and basic science – as they pursue the ultimate goal of establishing critical thinking skills in our children. Today’s education system, having undergone a hostile takeover by ideologues and activists, fails in that primary task on every level and at every turn.

In talking with two of the parents spearheading the protest charge in Loudoun County, Virginia, it is clear that most of the classroom teachers do not sign on to the radical agenda being foisted upon them by the state and federal education apparatus but refuse to speak out for fear they will lose their jobs.

It is time to support the brave parents who are taking a stand. It is time to remove each and every school board member who exists as an ideologue and/or activist from positions of power. And it is time to elect people to state and federal officials who will dismantle and bury the centralized education bureaucracy.

It is time to regain control of our education system before the Fascists succeed in ending the Great American experiment.