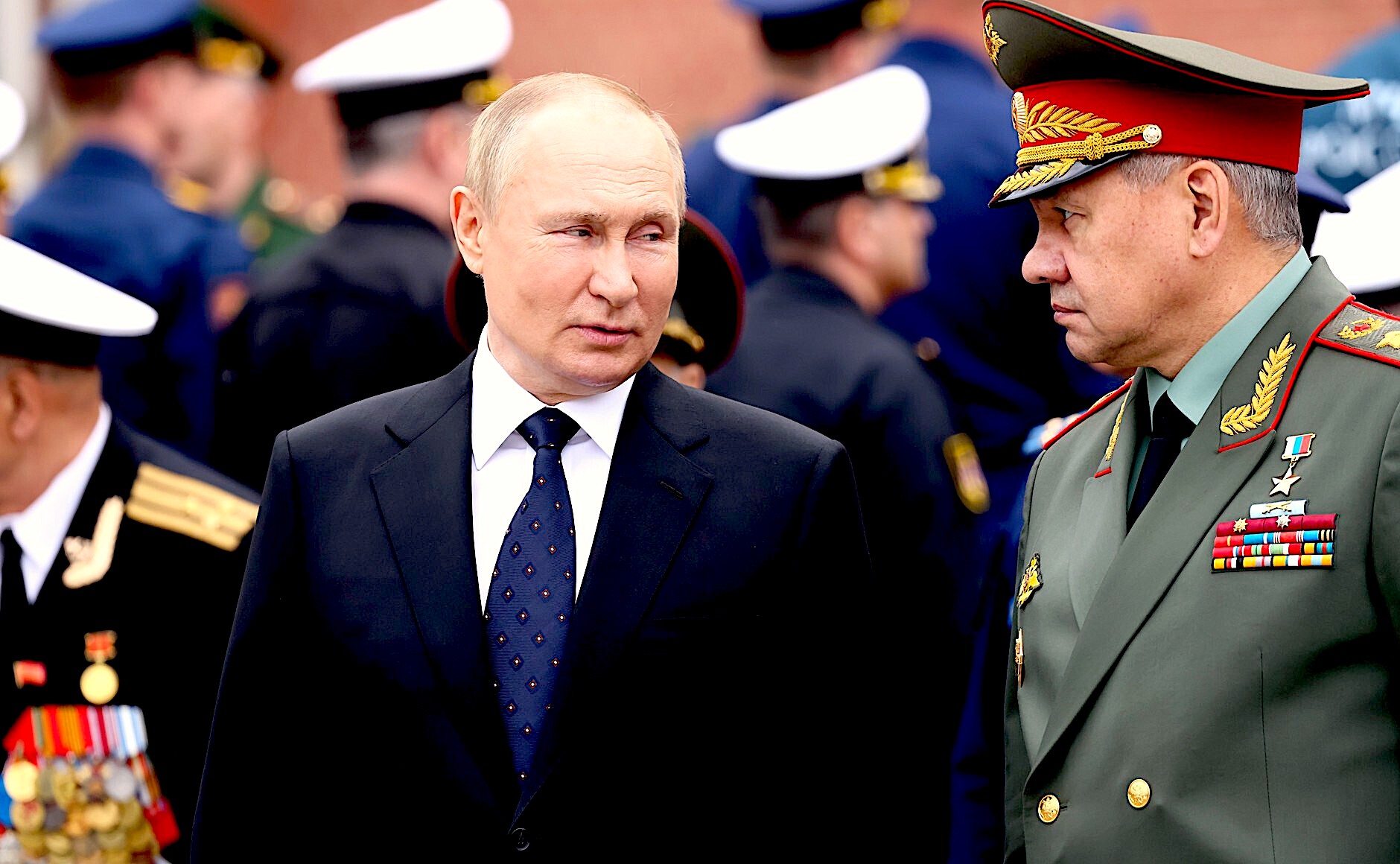 Putin’s order to begin partial mobilization of Russian military forces continues a confrontation between Russia and a U.S.-led coalition of Western nations that began at the end of the Cold War. 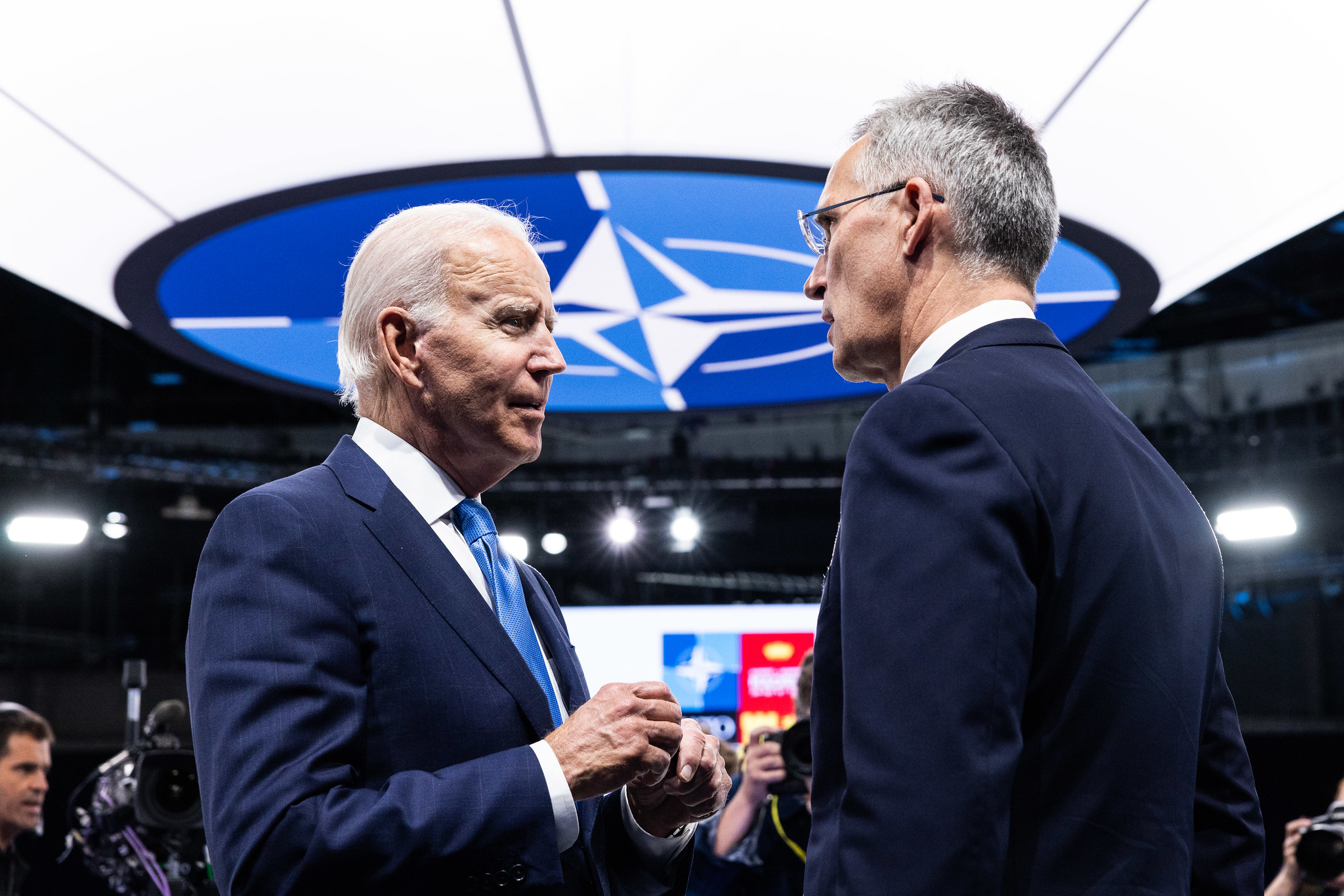 War is never a solution; there are always alternatives that could have — and should have —been pursued by those entrusted with the fate of global society before the order was given to send the youth of a nation to go off to fight and die. Any national leader worth his or her salt should seek to exhaust every other possibility to resolve issues confronting their respective countries.

If viewed in a vacuum, the announcement of Russian President Vladimir Putin Wednesday, in a televised address to the Russian people, that he was ordering the partial mobilization of 300,000 military reservists to supplement some 200,000 Russian personnel currently engaged in combat operations on the soil of Ukraine would appear to be the antithesis of seeking an alternative to war.

This announcement was made in parallel with one that authorized referendums to take place on the territory of Ukraine currently occupied by Russian forces regarding the question of joining these territories with the Russian Federation.

Seen in isolation, these actions would appear to represent a frontal assault on international law as defined by the United Nations Charter, which prohibits acts of aggression by one nation against another for the purpose of seizing territory by force of arms. This was the case made by U.S. President Joe Biden when speaking at the United Nations General Assembly hours after Putin’s announcement.

History, however, is a harsh mistress, where facts become inconvenient to perception. When viewed through the prism of historical fact, the narrative being promulgated by Biden becomes flipped. The reality is that since the collapse of the Soviet Union at the end of 1991, the U.S. and its European allies have been conspiring to subjugate Russia in an effort to ensure that the Russian people are never again able to mount a geopolitical challenge to an American hegemony defined by a “rules based international order” that had been foisted on the world in the aftermath of the Second World War.

For decades, the Soviet Union had represented such a threat. With its demise, the U.S. and its allies were determined to never again allow the Russian people — the Russian nation — to manifest themselves in a similar manner. 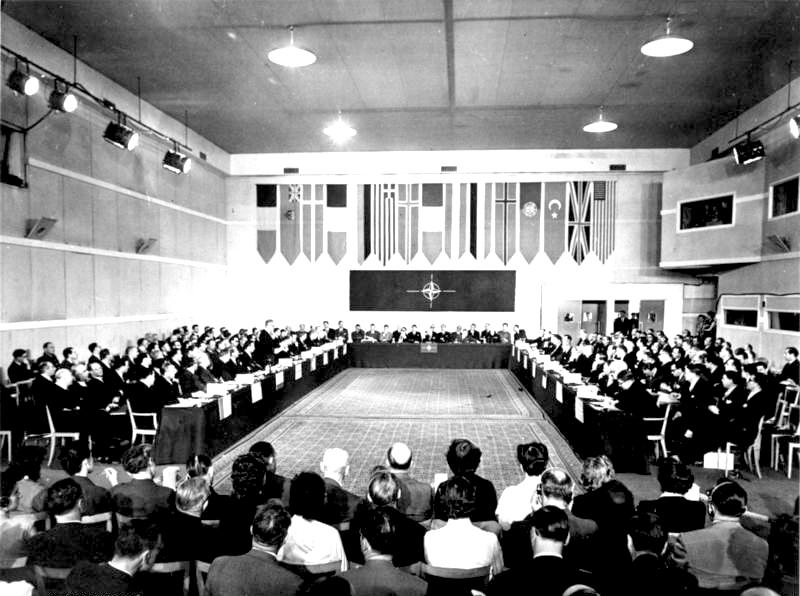 West Germany joined NATO in 1955, which led to the formation of the rival Warsaw Pact during the Cold War. (Bundesarchiv, CC BY-SA 3.0, Wikimedia Commons)

When Putin spoke about the need for “necessary, urgent steps to protect the sovereignty, security and territorial integrity of Russia” from “the aggressive policies of some Western elites who try by any means necessary to maintain their supremacy,” he had this history in mind.

The aim of the U.S. and its Western allies, Putin declared, was “to weaken, divide and ultimately destroy our country” by promulgating policies designed to cause “Russia itself to disintegrate into a multitude of regions and territories that are deadly enemies with one another.” According to Putin, the U.S.-led West “purposefully incited hatred of Russia, particularly in Ukraine, for which they destined the fate of an anti-Russian beachhead.”

Newton’s Third Law of Motion, that for every action there is an equal and opposite reaction, applies to geopolitics as well.

On Feb. 24, Putin issued orders for the armed forces of Russia to initiate what he termed a “Special Military Operation” (SMO) in Ukraine. Putin declared that this decision was in keeping with Article 51 of the United Nations Charter and the principles of collective preemptive self-defense as defined by international law.

The goals of this operation were to protect the newly independent republics of Lugansk and Donetsk (referred collectively as the Donbass region) from an imminent danger posed by a build-up of Ukrainian military forces which were, according to Russia, poised to attack.

The stated goal of the SMO was to safeguard the territory and people of the Lugansk and Donetsk republics by eliminating the threat posed by the Ukrainian military. To accomplish this, Russia embraced two primary objectives — demilitarization and denazification.

Demilitarization of Ukraine would be accomplished through the elimination of all infrastructure and organizational structures affiliated with the North Atlantic Treaty Organization, or NATO; denazification would involve a similar eradication of the odious ideology of the Ukrainian ultra-nationalist, Stepan Bandera, who was responsible for the deaths of hundreds of thousands of Jews, Poles and ethnic Russians during the Second World War and in a decade of anti-Soviet resistance after the war ended. 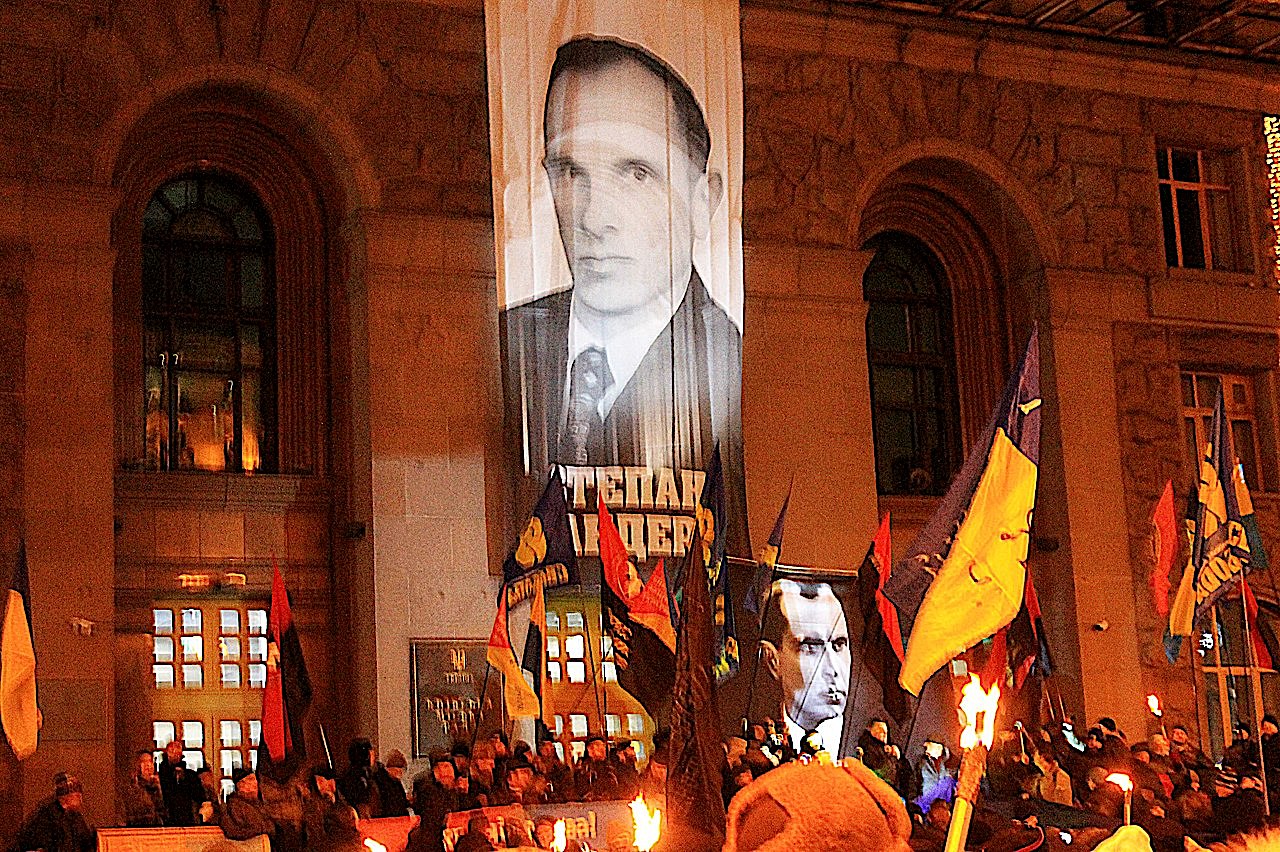 Beginning in 2015, NATO had been training and equipping the Ukrainian military for the purpose of confronting pro-Russian separatists that had seized power in the Donbass following the ouster of pro-Russian Ukrainian President Victor Yanukovich in a violent insurrection, known as the “Maidan Revolution,” spearheaded by right-wing Ukrainian political parties professing loyalty to the memory of Stepan Bandera.

Ukraine had been pursuing NATO membership since 2008, enshrining this goal in its constitution. While actual membership still eluded Ukraine as of 2022, the level of involvement of NATO with the Ukrainian armed forces made it a de facto extension of the NATO alliance.

Russia viewed the combination of NATO membership with the anti-Russian posturing of the post-Maidan Ukrainian government, linked as it was to the ideology of Bandera, as a threat to its national security. The SMO was designed to eliminate that threat.

For roughly the first six months, the Russian military operation could be broken down into two distinct phases. The first was a blitzkrieg-style effort designed to shock the Ukrainian military and government into submission. Failing that, it was meant to shape the battlefield in a manner that isolated the Ukrainian forces assembled near the Donbass region prior to their decisive engagement by the Russian military in the second phase, which began on March 25.

Phase two of the SMO, the “battle for the Donbass,” unfolded through April, May, June and July, and involved brutal, meat-grinding style warfare in urban terrain and among defensive fortifications that had been prepared by Ukrainian forces over the course of the past eight years.

Russia made slow, agonizing gains, in a war of attrition which saw Russia inflict horrific losses on the Ukrainian armed forces. Such was the extent of the damage done by Russia on the army of Ukraine that by the end of July nearly the entire inventory of Soviet-era weapons that Ukraine possessed at the start of the SMO had been destroyed, along with over 50 percent of its active-duty military component.

Normally, when assessing casualty figures of this magnitude, any professional military analyst would be right to conclude that Russia had, in effect, accomplished its goal of demilitarization, which logically should have been followed by the surrender of the Ukrainian government on terms which would have resulted in the kinds of fundamental political change necessary to implement the Russian goal of denazification and, with it, securing Ukrainian neutrality. 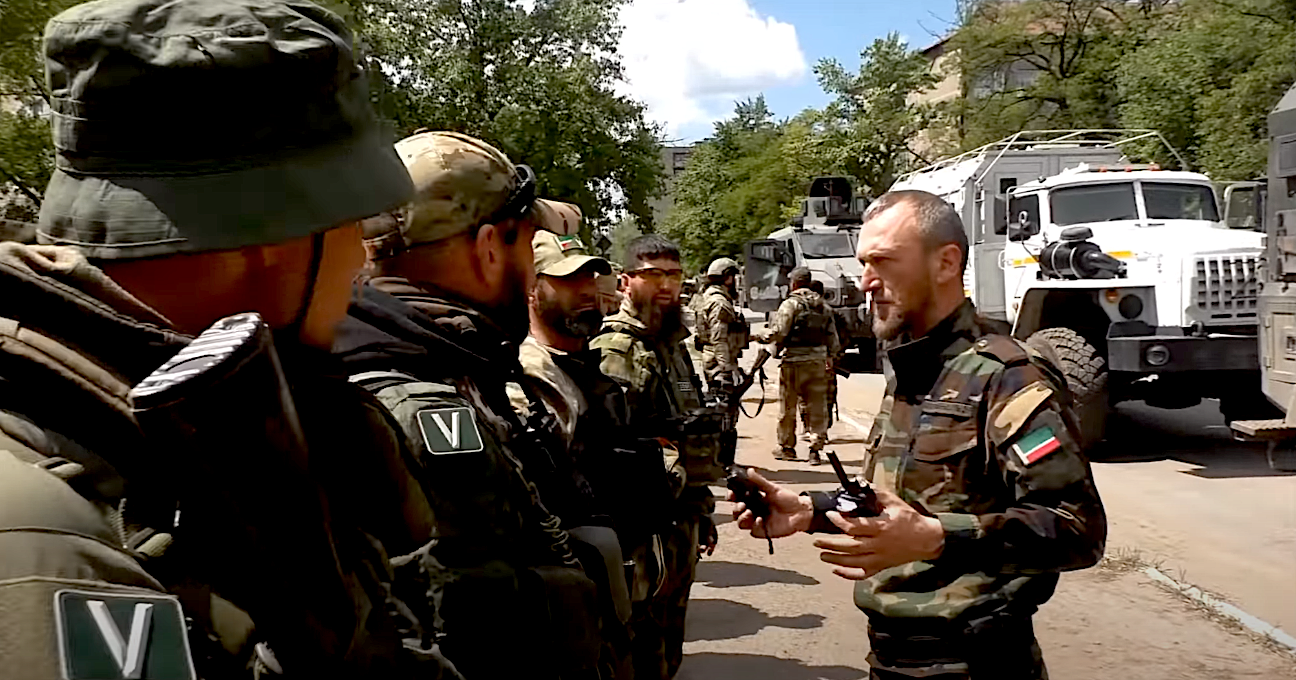 Chechen Kadyrovites alongside Russian regular troops and separatist militiamen in the Donbass in June. (CC BY 3.0, Wikimedia Commons)

But the very forces which Putin had described in his mobilization address conspired to further their anti-Russian agenda by pouring in tens of billions of dollars of military aid (exceeding, in a manner of months, the entire annual defense budget of Russia) designed not to promote a Ukrainian victory, but rather hasten a strategic Russian defeat.

“Whereas once the primary Western objective was to defend against the [Russian] invasion,” journalist Tom Stevenson noted in an OpEd in The New York Times, “it has become the permanent strategic attrition of Russia.”

The provision of military aid on this scale was a game changer, one which the Russian military forces responsible for implementing the SMO were not able to overcome. This new reality manifested itself in the first half of September, when Ukraine launched a major counteroffensive which succeeded in evicting Russian forces from the territory of the Kharkov region that had been occupied since the SMO began.

President of Russia Vladimir Putin with Defense Minister of Russia Sergey Shoigu after wreath-laying ceremonies at the Tomb of the Unknown Soldier in June. (Kremlin.ru, CC BY 4.0, Wikimedia Commons)

While Russia was able to stabilize its defenses and ultimately halt the Ukrainian offensive, inflicting huge numbers of casualties on the attacking force, the reality that Russia was facing a new threat paradigm in Ukraine, one which saw the Russian military fighting a reconstituted Ukrainian military that had become a de facto proxy of the U.S.-led NATO alliance.

Confronted with this new reality, Putin informed the Russian people that he considered it “necessary to take the following decision, which is fully responsive to the threats we face: In order to defend our homeland, its sovereignty and territorial integrity, and the security of our people and that of the population and to ensure the liberated areas, I consider it necessary to support the proposal of the Ministry of Defense and the General Staff to introduce partial mobilization in the Russian Federation.”

The U.S. and its NATO allies would do well to reflect on the lesson inherent in Hosea 8:7—sow the wind, reap the whirlwind.

Or, put another way, Newton’s Third Law has come back with a vengeance.

Putin’s decision to order a partial mobilization of the Russian military, when combined with the decision to conduct the referendums in the Donbass and occupied Ukraine, radically transforms the SMO from a limited-scope operation to one linked to the existential survival of Russia. Once the referenda are conducted, and the results forwarded to the Russian parliament, what is now the territory of Ukraine will, in one fell swoop, become part of the Russian Federation — the Russian homeland.

All Ukrainian forces that are on the territory of the regions to be incorporated into Russia will be viewed as occupiers; and Ukrainian shelling of this territory will be treated as an attack on Russia, triggering a Russian response. Whereas the SMO had, by design, been implemented to preserve Ukrainian civil infrastructure and reduce civilian casualties, a post-SMO military operation will be one configured to destroy an active threat to Mother Russia itself. The gloves will come off.

US & NATO Face a Decision 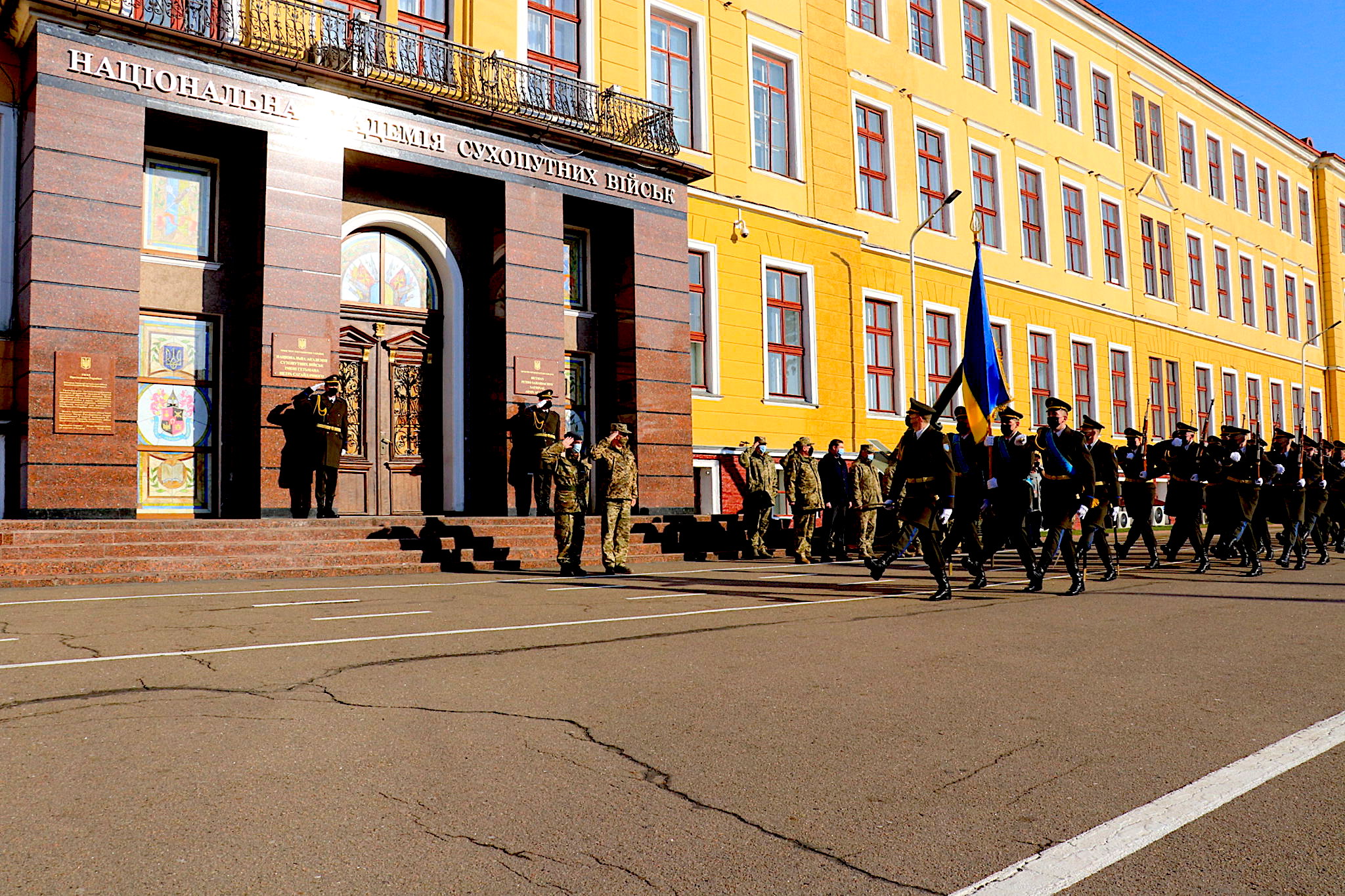 April 7, 2021: An honor guard in Ukraine during a visit by a NATO military committee. (NATO)

The U.S. and NATO, having committed to a program designed to defeat Russia via proxy, must now decide whether they continue to follow through with their political and material support for Ukraine and, if so, to what extent. Does the goal remain the “strategic defeat” of Russia, or will the aid be tailored simply to assist Ukraine in defending itself?

These are two completely different goals.